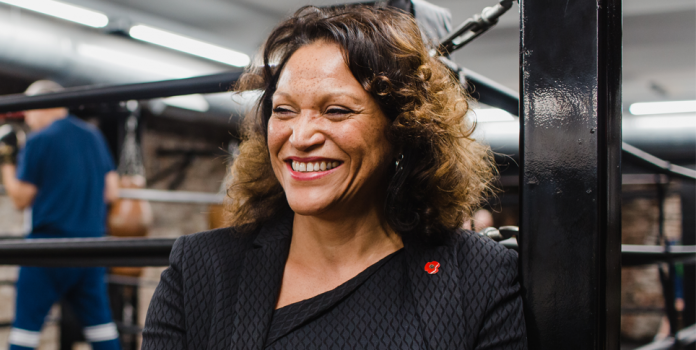 The interim position will cover the 2022 Commonwealth Games and local elections, after which recruitment for a permanent appointment will begin.

Raised and educated in Birmingham, Ms Cadman was the first permanent chief executive of the newly formed WMCA in 2017, following 30 years working in public services. She worked at the city council for seven years during her early career followed by senior roles including Head of Policy at Redcar and Cleveland Borough Council and Local Government Advisor to the Ministerial Team at the Department of Environment, Transport and the Regions.

Following roles as the Audit Commission’s Best Value Service Lead Inspector for the London region and Chief Executive for St Edmundsbury Borough Council and the East of England Development Agency, she was Chief Executive of Suffolk County Council from 2011 to 2017.

She was appointed OBE for services to local government in 2006 and is listed in Local Government Chronicle’s ‘100 Most Influential in the Sector’.

Cllr Ian Ward, leader of Birmingham City Council, said: “Deborah is highly respected both in regionally and nationally and I’m delighted that she will be joining us. Her knowledge, understanding and commitment to Birmingham will be invaluable for the year ahead.

“This has been a devastating past 12 months and our focus now is on how we work with partners to ensure that our city and our communities recovers both economically and emotionally.

“She also has a vital role to play in helping us deliver the Commonwealth Games, ensuring that people and communities across the city reap the rewards and I know she is as passionate as I am about ensuring that the future for Birmingham is bold and bright.”

Deborah Cadman, currently chief executive at the WMCA, has been appointed interim CX for Birmingham City Council. The position will cover the 2022 Commonwealth Games and local elections, after which recruitment for a permanent appointment will begin. https://t.co/nzW8sVhbd4 pic.twitter.com/Np0v7zDlLw

Deborah Cadman said: “I’m thrilled to be joining Birmingham at such an important time for the city and the region – there are immense challenges ahead, but some great opportunities, too.

“Returning to the city as chief executive of the Combined Authority has been a great experience. I’m so proud of all we’ve achieved across the region and it will be hard to leave so many brilliant colleagues here.

“But the opportunity to become chief executive of Birmingham City Council is one I just couldn’t turn down. I’m looking forward to bringing my successful experience in working with councillors and partners across national and local government to make a difference to the city. I’m a Brummie born and bred, love the place and the people and I know how ambitious the council is to make a difference to people’s lives.”

West Midlands Mayor Andy Street said: “Deborah was instrumental in establishing the leading regional role of the Combined Authority when it was set up and since then has played a key role in our work to deliver a better future for everyone who lives and works here. She’s passionate about the West Midlands and a dedicated public servant who’s made a big difference to our work. I’m sorry to see her go, but pleased she’s staying in Birmingham to continue to work in partnership with us on some of our shared key challenges.”

Ms Cadman is expected to take up the role from early summer and adult social care director Graeme Betts will continue as acting chief executive until then.