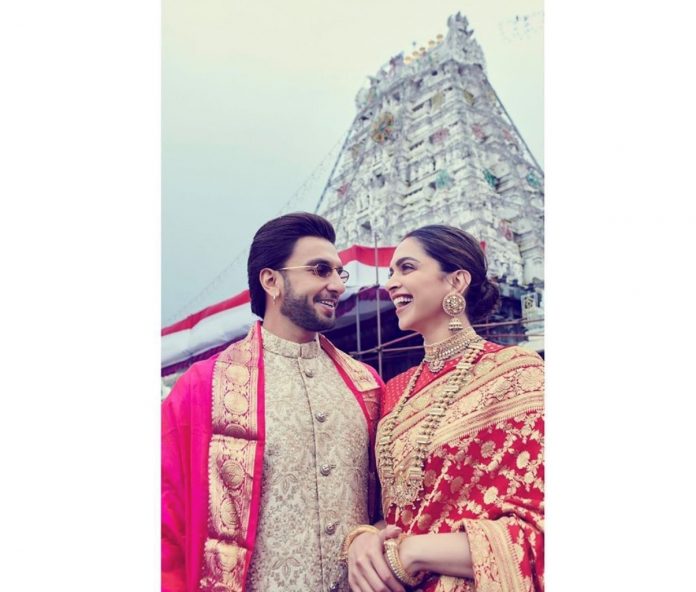 It’s been a year since the wedding that broke the internet! After leaving everyone in suspense, Deepika Pakudone and Ranveer Singh tied the knot last November.

The couple celebrated their first anniversary by visiting the Venkateswara Temple, Tirumala.

As we celebrate our first wedding anniversary,we seek the blessings of Lord Venkateswara.Thank You all for your love,prayers and good wishes! @ranveersingh

Deepika and Ranveer both starred in the hit film ‘Padmavaat’ which saw Ranveer winning the IIFA Award this year ‘Best Actor’ for his role in the film.

The couple will also both star in the upcoming movie ‘83’, a story about India’s incredible cricket world cup victory back in 83.

The couple will also be playing an on screen couple in the film, with Ranveer playing the lead role, Kapil Dev, with Deepika playing his wife Romi.

As of yet, we don’t have an official release date for the film but we can’t wait to watch the movie and to see what else is in store for the power couple in the future!