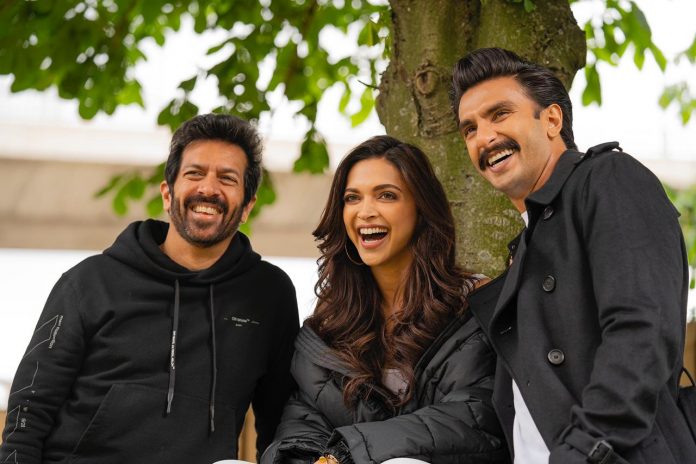 The makers behind the upcoming Bollywood movie ‘83’ have revealed that Bollywood star Deepika Padukone will be starring in the flick.

Ranveer Singh and his ‘Kapils Devils’ are currently shooting in Scotland for Kabir Khan’s directorial ‘83’. The film is based on former Indian cricket captain Kapil Dev, who took the Indian team to the finals at the Cricket World Cup 1983 and won.

Now, to add even more excitement around the film, the makers announced that Deepika Padukone will be joining the cast and will play Ranveer Singh’s on-screen wife.

The popular couple took to their social media to reveal the exacting news.

Deepika posted a cute picture with husband Ranveer Singh and director Kavir Khan and captioned it with “& on to the next…Thank You @kabirkhankk for this incredible honour…!”. Ranveer was quick to comment back with “and this time we don’t die in the end! Yay!”

The pair have starred in thtre movies together – Goliyon Ki Rasleela Ram-Leela, Bajirao Mastani and Padmaavat. Tragically, in all the flicks they end up together but die at the end.

However, ‘83’ will finally be the movie we see them both deserve an on-screen happy ending!