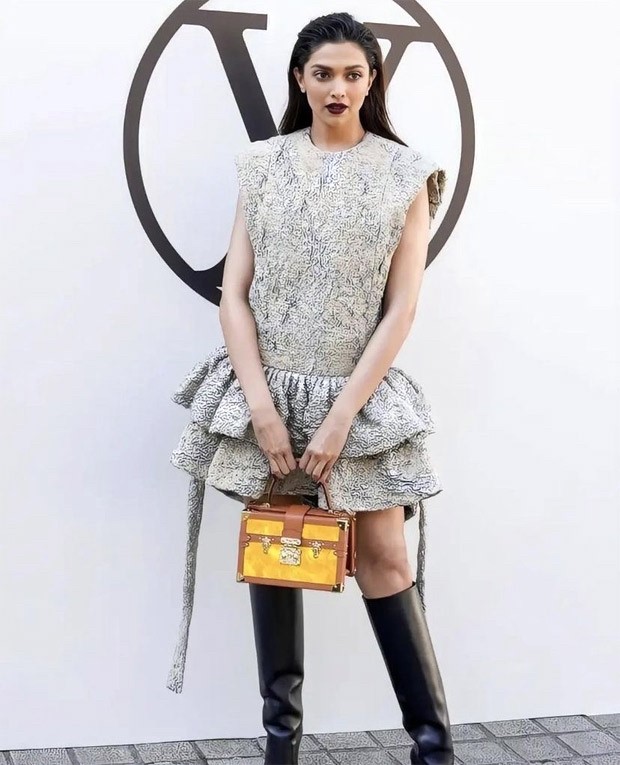 Deepika Padukone received praise for her nuanced portrayal of Alisha in Gehraiyaan, which premiered in February on Amazon Prime Video. She also received the TIME100 Impact Award, given to individuals who have made significant contributions to their industries’ future. The actor recently served on the main jury at the Cannes Film Festival, giving her one more accomplishment to her record. Deepika was also named the first-ever Indian brand ambassador for the prestigious brand Louis Vuitton.

Deepika is currently the House Ambassador for the exclusive Louis Vuitton brand, and she has been seen wearing the coveted label whenever she appears in public. She was present at the Paris ready-to-wear Spring/Summer 2023 presentation by Louis Vuitton. In a distinctive little dress and edgy glam, the actor—who serves as the LV brand’s worldwide ambassador—ruled the front row at the luxury brand’s fashion show. The ready-to-wear Spring/Summer 2023 collection by French-Belgian fashion designer and Louis Vuitton creative director Nicolas Ghesquière was unveiled in Paris. His most recent designs were worn by models as they walked the runway, while A-listers sat in the front row. Deepika Padukone took in the show while sporting a grey little dress, striking makeup, and stylish accessories. Soon, images and videos of the celebrity appeared online, and fans couldn’t stop admiring.

Deepika donned a sleeveless outfit that was unusually structured in Nicolas Ghesquière’s characteristic style. It has a boxy form, wide shoulders, a mini-length skirt with frills and tiers linked by two long ribbons, and a round neckline. Deepika completed the look with a pair of black knee-high boots and a brown and yellow Louis Vuitton top handle bag. She decided to go with a wet appearance for her hair and style it back with a sleek backswept style. The final glam options were a dramatic dark plum lip colour, sparkly eye shadow, light mascara on the lashes, flushed cheeks, and radiant skin. Fans, including us, were bowled over by the Bollywood beauty.

Meanwhile, on the work front, Deepika has many interesting films in her pipeline. She will next reunite with Shah Rukh Khan for Yash Raj Films’ action film Pathaan alongside John Abraham. It will hit theatres on the 25th of January, 2023. She will soon star opposite Prabhas and Disha Patani in Nag Ashwin’s directorial Project K. Apart from this; she also has the American comedy film The Intern co-starring Amitabh Bachchan and Siddharth Anand’s action film Fighter with Hrithik Roshan.