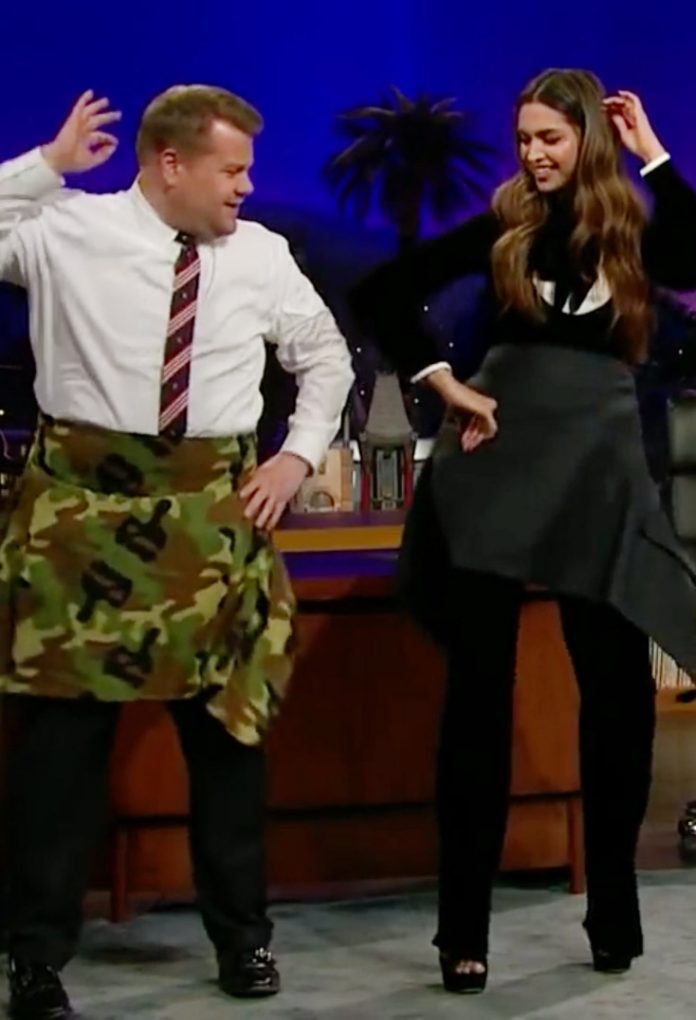 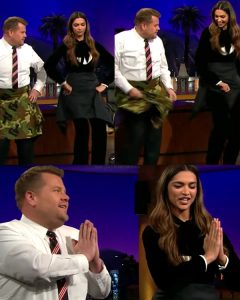 During the segment Corden asked Deepika about the ‘Lungi Dance’ and she recalled a humorous anecdote in which Vin Diesel believed it was a national style of dance. The host then asked Deepika to teach him the infamous dance as he made an impromptu Lungi out of his band member’s coat. 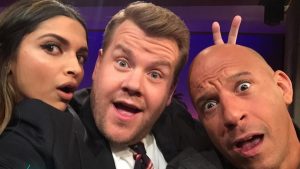 The pair certainly entertained the crowd as they received cheers and applause while Vin struggled to contain his laughter. The xXx co-stars showed the audience their strong chemistry, something that has been a hot topic and was even questioned by Ellen DeGeneres. Shortly before making an appearance on James Corden’s sofa Deepika was a guest on The Ellen Show in which Ellen remarked: “There is a romance going on, that’s what you would get from that as well, look at that face! Does that mean there is?” The question made Deepika blush as she answered: “Well, there is no smoke without fire! But, it’s all in my head! So yeah, I mean in my head I think, we are together and we have this amazing chemistry, and we live together and we have these amazing babies! But it’s all in my head.”

Is there a possible love triangle in the making between Vin Diesel, Deepika and rumoured boyfriend Ranveer Singh? Let us know your thoughts. #BritAsiaTV