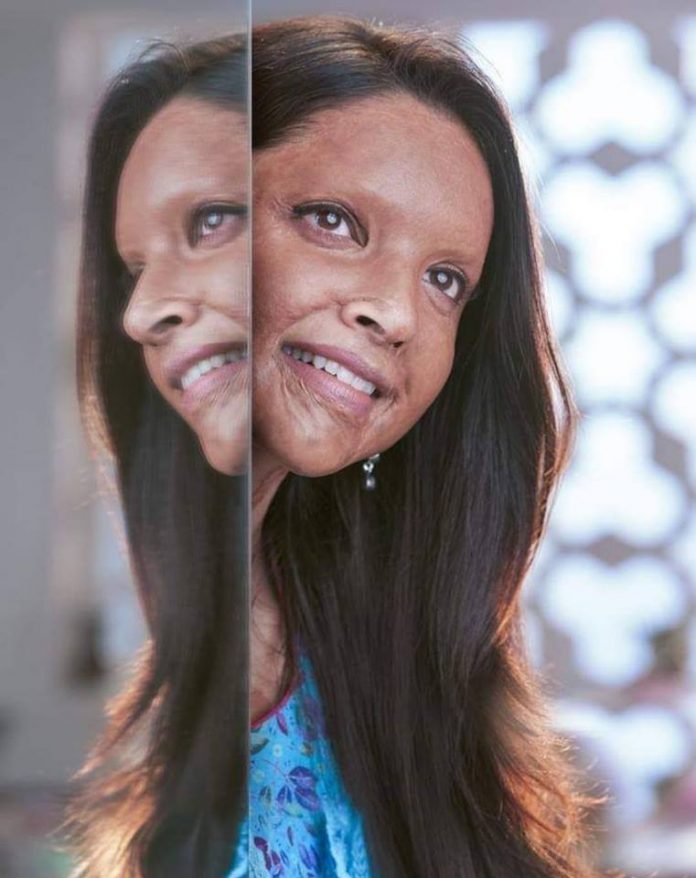 Bollywood star Deepika Padukone has given the first look into her upcoming Bollywood movie ‘Chhapaak’.

The 33-year-old actress is set to play a character named Malti based on acid attack survivor Laxi Agarwal in the upcoming flick. The ‘Padmavaat’ star shared the first look on her Twitter and Instagram.

Deepika looks unrecognisable as she revealed the makeup and prosthetics that have been used to tell the inspirational story. From her expression, we can see that she is emoting a powerful message showing that she is the best B-town actress to play this role.

The star was praised from her Bollywood colleagues, with the likes of husband Ranveer Singh commenting ‘What a remarkable prospect’ and Priyanca Chopra calling it ‘amazing’. The Meghna Gulzar directorial is set to be released on 10th January 2020.

Beautiful. @deepikapadukone @meghnagulzar & the entire team deserve to be given credit for this remarkably accurate visual portrayal. https://t.co/LCUg6SfU9m

The Hindi film is based on the story of Laxmi who was attacked in Delhi with acid at the age of 15, after she refused the advances of Naeem Khan.