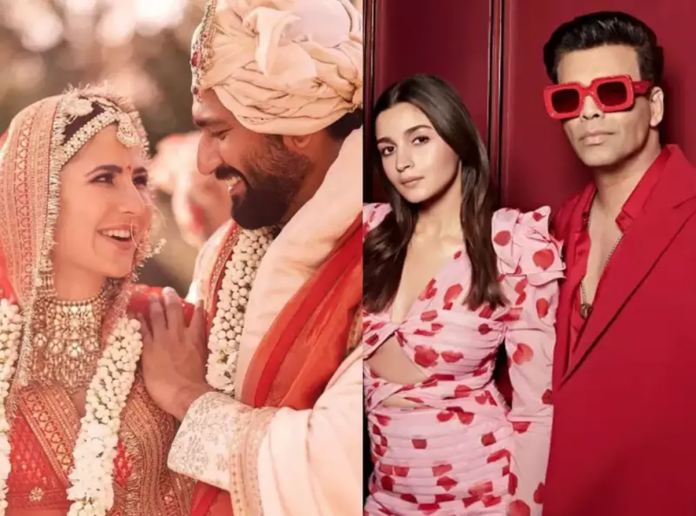 No Bollywood secret is secure when celebs take their seat on Karan Johar’s Koffee couch and the teaser of Vicky Kaushal and Sidharth Malhotra’s appearance on the next episode of the show is proof. However, one new detail that wasn’t on the show has spilled out online and it references Vicky’s marriage to Katrina Kaif. According to reports, it was KJo, who was spilling deets from a drunk night with Alia Bhatt that ended with the two calling Vicky.

The host revealed on the show that Alia and he were drinking wine and star gazing when they decided to call their famous friends. While in high spirits, the two reportedly called Vicky for a chat. Interestingly this was right before the couple could say ‘I Do’.

“Her getting married made us so emotional and happy,” Karan said while revealing the reason behind making the late-night call, reports pinkvilla.

Fans will get to see Vicky and Sid spill their love-life secrets when the new episode debuts on Thursday.