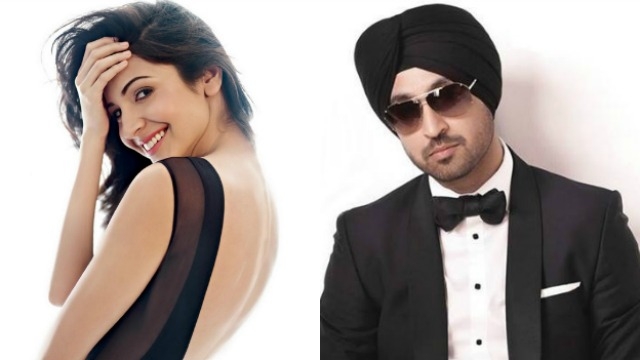 Diljit Dosanjh has been a huge success in recent times and having delivered three films this year. ‘Ambarsariya’, ‘Udta Punjab’ and most recently ‘Sardaar Ji 2’ – which have been huge hits for Diljit. He has also had a huge amount of success with music and his sold out tour ‘Tour Dosanjh’ being a huge in the UK.
Anushka, currently reeling the success of her latest film ‘Sultan’. Indian romantic sports-drama film featuring Salman Khan, has been receiving mostly positive feedback from critics, having just released the movie within the past month.

The release date of the film was exclusively announced by Anushka on her Twitter page.

Two weeks ago, Anushka was on hand to share a photo on her Instagram page – signalling the end of the filming process for Phillauri.

Film wrap for #Phillauri ! Big moment.Thank U every1 who worked on our second production with so much love it’s a happy-sad feeling.

The film is set to release on 31st March 2017. Stay tuned to Brit Asia TV for more updates!