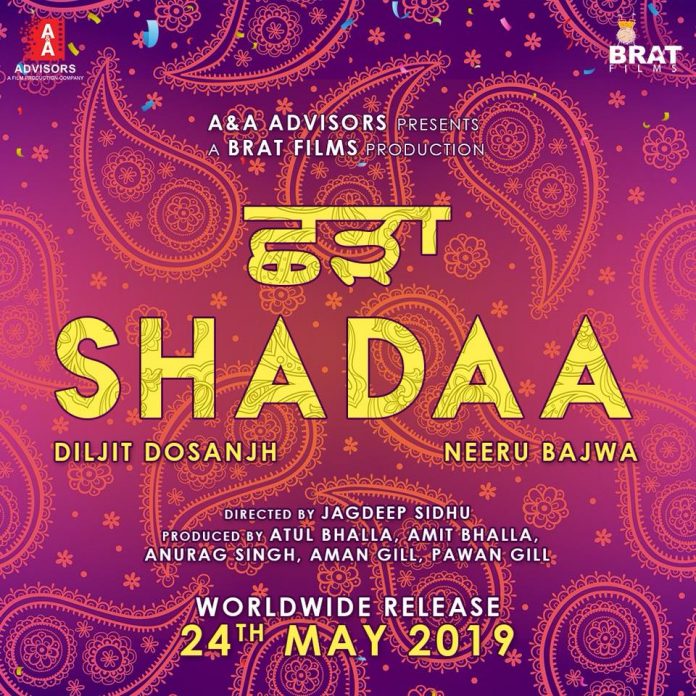 The duo were last seen together in the movie ‘Jatt and Juliet’ and then the sequel ‘Jatt and Juliet 2’, where fans were impressed with their on-screen chemistry and instantly became popular with audiences.

Diljit Dosanjh took to his Instagram to announce the surprising news by posting the first look poster.

On the poster, we see the movie will be titled ‘Shadaa’ and will be directed by Jagdeep Sidhu, who is currently directing Ammy Virk and Sargun Mehta’s upcoming movie, ‘Qismat’.

It will be jointly produced by Atul Bhalla, Amit Bhalla, Anurag Singh, Aman Gill and Pawan Gill. Anurag Singh also directed Diljit’s and Neeru’s previous hit movie ‘Jatt and Juliet 1&2’, and the hit movie ‘Punjab 1984’, so we’re sure this will be another popular movie featuring the Jodi.