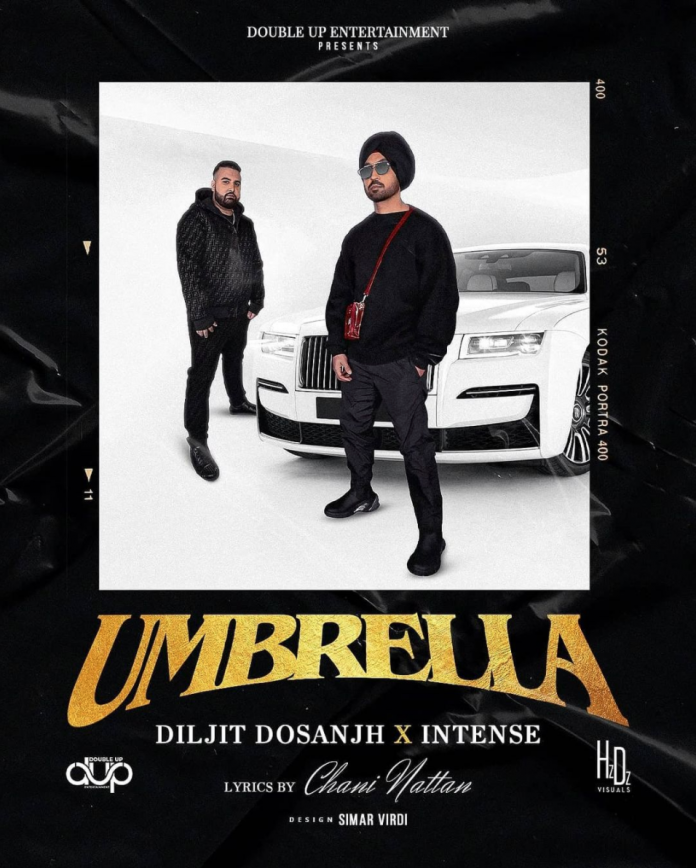 Diljit Dosanjh has collaborated with producer Intense for an upcoming single, titled Umbrella.

Umbrella is penned by Channi Nattan and performed by Diljit Dosanjh with music produced by Intense and releasing on Double Up Entertainment.

Following the announcement of Dosanjh’s latest album Moon Child Era, which he announced on social media on 25 June, Intense took to Instagram to announce the single which releases on 2nd July.

Posting alongside the artwork for the single, Intense wrote: “Before the Moonchild Era…

We got Umbrella with my brothers @diljitdosanjh
@chaninattan coming very soon!

Meanwhile on Twitter, Dosanjh has fans waiting with bated breath for the release of his next album, after the chart-topping success of G.O.A.T. last year.

Hey Alexa – Are You Ready For #MoonChildEra.”

On the cinematic front, Dosanjh will be seen alongside Shehnaaz Gill in his upcoming film Honsla Rakh releasing October, 2021. He will also be starring in romantic comedy Jodi alongside Nimrat Khaira, with release dates to be confirmed.