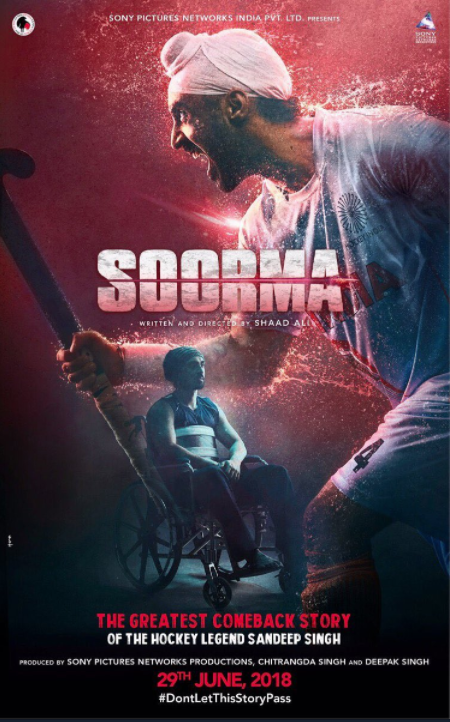 The singer stars as the Hockey legend Sandeep Singh, and has recently given a sneak peak of the movie on his social media.

Diljit captioned the post with: “A hockey stick and a bullet…One gave direction to his life while the other changed it forever! Soorma – The greatest comeback story ever!” The film has been written and directed by Shaad Ali, and will be in cinemas June 29th 2018.

Soorma is based on the life of the ex-captain of the Indian National Hockey Team, and highlights the story of how he made a comeback in Hockey after being accidently shot in 2006.

Sandeep Singh’s industry required him to be on a wheel-chair for two years, but he went on to become the highest goal scorer in the qualifying match for the London Olympics in 2012.

Stay tuned to britasia.tv to see the trailer for his true story based movie.