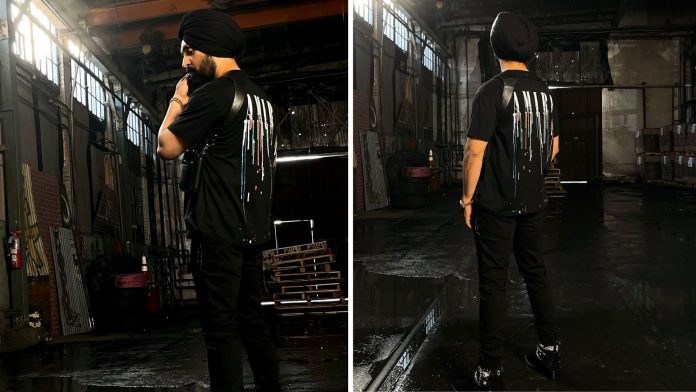 Diljit Dosanjh has announced new music after sharing behind-the-scenes snaps of a video shoot for his latest EP, Drive Thru.

Pictured in a warehouse alongside female backup dancers, Diljit Dosanjh can be seen clad in all-black clothing as he tweaks his ‘kundiya’ muchan (moustache).

Rounding off his series of BTS posts, the singer posted multiple snaps from the shoot with his dancers, tweeting again the name of his upcoming EP.

Dosanjh is yet to confirm when Drive Thru will be released.

On the film front, Dosanjh will next be seen in the recently announced Punjabi comedy Babe Bhangra Paunde Ne, set to release worldwide this Dussehra on 30 September, 2022.