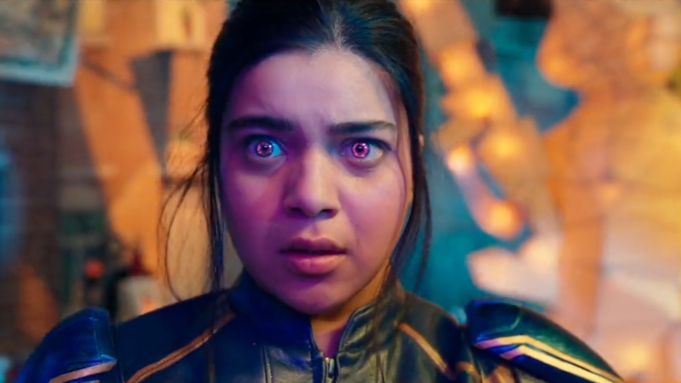 Kamala Khan, who was first introduced in the Marvel Comics in 2013, is getting her own superhero series titled Ms Marvel, on Disney Plus.

Ms Marvel will be portrayed by Iman Vellani — whose casting for the titular lead was announced during The Walt Disney Company’s Investor Day presentation in 2020 by studio president, Kevin Feige.

Set to the audio track of The Weeknd’s ‘Blinding Lights’, the trailer opens with Kamala in her high-school guidance counsellor’s office; as doodles of speech bubbles, hearts and devil horns appear animatedly on screen.

Kamala is depicted as the typical day-dreaming, superhero nerd. But in a turn of events she gains curious cosmic powers — such as the ability to launch energy blasts and create glowing stepping stones to walk in the air.

Later in the trailer, she gets a comic-specific, red-and-blue costume and hurls powerful punches with a giant, glowing fist.

Check out the official trailer for Ms. Marvel here: