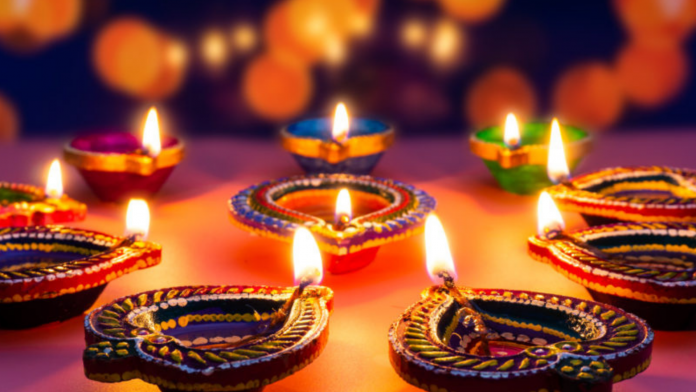 Diwali marks one of the most auspicious religious festivals, celebrated by Hindus, Sikhs and Jains around the globe every year.

This year it will take place between 2-6 November, with the most important day of the festival falling on 4 November.

The festival of lights signifies prosperity, the victory of good over evil, and light over darkness across all faiths.

Originating in India, Diwali is celebrated by Hindus, Sikhs and Jains, but for different reasons and may also be referred to as: Deepavali or Bandi Chhor Diwas.

Observers of the Hindu faith light lamps, diyas, and candles in their homes, shops and public places to welcome Goddess Lakshmi, who symbolises wealth, fortune, and prosperity. Before Diwali, those celebrating cleanse their homes to eradicate negative energy and welcome positivity.

According to Hindu mythology, the Prince of Ayodhya, Lord Rama, returned home with his wife Mata Sita and brother Lakshmana on the auspicious occasion of Diwali. They came back to Ayodhya after spending 14 years in exile and defeating the King of Lanka, Ravana. People of Ayodhya had celebrated their return with great enthusiasm by lighting rows of lamps and diyas.

For Sikhs, Diwali celebrates the release from prison of the sixth guru, Guru Hargobind, and 52 other princes with him in 1619.

This was in order to limit the number of prisoners who could leave. However, Guru Hargobind had a cloak made with 52 pieces of string and so each prince was able to hold onto one string and leave prison.

Many Jains, however celebrate Diwali by fasting, singing hymns and chanting mantras to honour Lord Mahavir, while others participate in charity and philanthropy. The day after Diwali marks the Jain New Year, celebrating new beginnings and members of the Jain community greet each other with ‘Saal Mubarak’ or Happy New Year.

For some, Diwali also coincides with harvest and New Year celebrations and so marks a festival of new beginnings.