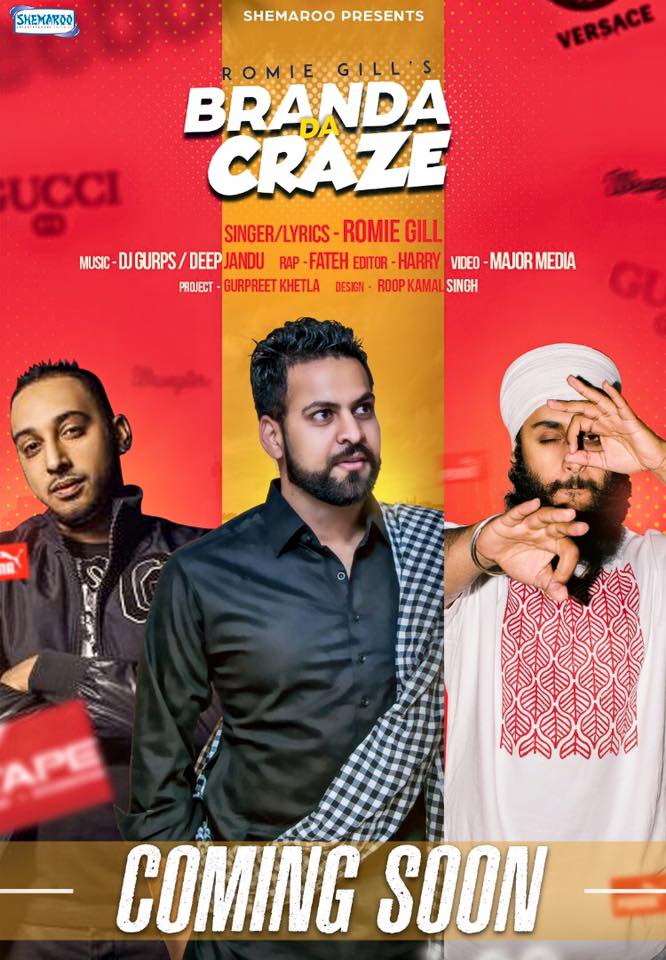 UK’s DJ Gurps is set to feature on a very special collaboration, co-producing the single ‘Branda Da Craze’ alongside Deep Jandu – as well as featuring alongside Fateh and vocalist Romie Gill.

DJ Gurps has been a popular DJ on the wedding circuit, solidifying himself as one of the main DJ’s as part of the Calibar Roadshow roster as well as having commercial success with his debut album ‘Expectations’ which released in 2009. He has since released several singles, including ‘Swaad’ featuring Deep Jandu, an individual who has had quite an illustrious career within Bhangra. After first starting out in the Bhangra scene as a singer/rapper, Deep then ventured into music production and has secured himself some majorly successful commercial hits – collaborating with some very talented artists such as Elly Mangat, Amrit Maan, A-Kay, Tarsem Jassar, Nimrat Khaira and many more. Deep’s unique music production style, which fuses together traditional folk with modern day and thumping hip hop beats, has made a huge impact on the Bhangra industry and has proven to be a success!.

Other features on this track include renowned rapper Fateh, who has been a huge success within Bhangra – collaborating with hit music producer Dr Zeus and featuring on several big hits such as ‘Inch’, ‘Single Rehna’, ‘Pendu’, ‘Black Suit’ and many more – solidifying himself as a household name within the Bhangra industry and bringing a unique edge to Dr Zeus’s music productions. Romie Gill on the other hand, has only featured on one project in the form of ‘Rabba Mereya’ featuring music producer Randy J.

Speaking to DJ Gurps, the collaboration with all of these artists happened very quickly.

The track/collaboration came about as Deep had Romie in the studio and I heard his voice and wanted to work with him on a project. Whilst that got finalised, Deep and Fateh actually went school together…so I got in contact with Fateh and we got the track together.

We recorded it all in Toronto earlier this year and shot the video too. Musically it’s totally different to anything I’ve done before so hopefully it works, and I’ve had some of Deeps input on it too so that’s why musically it’s a joint project.

This project looks very exciting and the single ‘Branda Da Craze’ is set to release very soon via Shemaroo, so stay tuned to BritAsiaTV for updates!