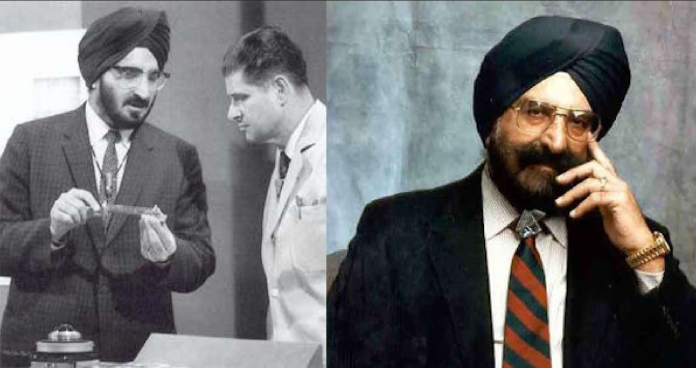 A tribute to the ‘Father of fibre optics’ and patron of Sikh arts, Narinder Singh Kapany who has died at age 94 in California — whose research on fibre optic communications, bio-medical instrumentation and more, garnered over 100 patents.

The report added in 1953, working alongside Harold Hopkins at Imperial College London, Kapany was the first to successfully transmit high quality images through fibre bundles. The Indian American scientist coined the term ‘fibre optics’ in a famous 1960 article for Scientific American.

“When light is directed into one end of a glass fibre,” Kapany wrote, “It will emerge at the other end. Bundles of such fibres can be used to conduct images.” His breakthrough achievements helped create a foundational element of the internet age, affecting the lives and businesses of everyone around the world, noted the release submitted to Indawest.

Not only is Kapany among the 10 most renowned Sikhs in the world, but he was also was named one of the seven ‘Unsung Heroes’ by Fortune magazine and called ‘Businessmen of the Century’ in its issue of November 22, 1999.

Tribuneindia said Kapany became a member of the US National Inventors’ Council, where immediate plaudits and awards began pouring in. Currently he is a Fellow of numerous scientific societies, including the British Royal Academy of Engineering, the Optical Society of America and the American Association for the Advancement of Science.

In 1960, he founded Optics Technology Incorporation and served as Chairman of the board, President and Director of research for 12 years. In 1967, the company went public with numerous corporate acquisitions and joint ventures in the US and abroad.

In 1973, Dr Kapany founded Kaptron Incorporation and was its President and CEO until 1990, when he sold the company to AMP Inc.

For the next nine years, Dr Kapany was an AMP Fellow, heading the Entrepreneur and Technical Expert Programme and serving as Chief Technologist for Global Communications Business.

He was also a noted philanthropist, reports Indiawest, and was deeply committed to championing Sikh culture and language. He created the Sikh Foundation in 1967 which pioneered the display of Sikh arts at the Victoria and Albert Museum in London, the Smithsonian Museum in Washington, DC, and at the Rubin Museum New York.

He established the first permanent Sikh art gallery in the United States at the Asian Art Museum in San Francisco and in Canada at the Montreal Museum of Art.

Kapany spent the last year writing his memoirs, The Man Who Bent Light, which the Sikh Foundation hopes to make available by spring 2021. He was preceded in death by his beloved wife Satinder Kapany, and is survived by his son Rajinder Singh Kapany, daughter Kiran Kaur Kapany, and his four grandchildren Ariana, Misha, Tara and Nikki.