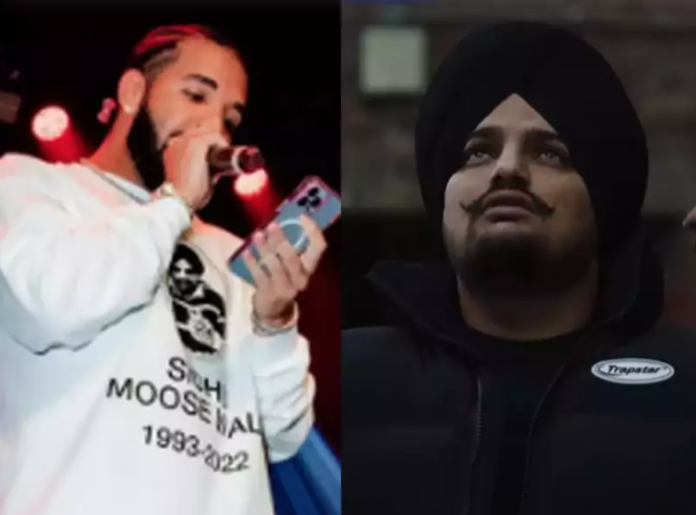 In a tribute to late Punjabi singer Sidhu Moose Wala, Grammy-winning rapper and singer Drake has announced that he will soon put up a T-shirt line for sale. Drake was seen wearing a T-shirt honouring the late star while performing at a concert in Toronto. It has been reported that the same tee will be up for grabs and the proceeds from the sale will go to Sidhu’s family, who can then decide which organisation they would like to donate the funds to.

The official post was shared on Drake’s verified Instagram page and website called Drake Related. A video of the late rapper was shared along with a note that read, “Sidhu Moose Wala (1993-2022). We celebrate your life and influence in India, Canada, and everywhere. Rest in peace to our friend and legend. Remembering this legend with a tee available now on www.drakerelated.com. We are working with Sidhu’s family to dedicate proceeds from this drop in his honour.”

Pre-booking of the T-shirts on Drake’s official website has already started. The T-shirt is priced at USD 65 which converts to around Rs 5,000.

Last week, the rapper made headlines in India when wore the T-shirt on-stage and said, “I’m here tonight, grateful, just as a kid who grew up wide-eyed. I’m a fan; I’m one of you tonight. I’m grateful to be from the greatest city in the world…”

Drake started following Sidhu Moose Wala on Instagram in 2020. When the Punjabi rapper was shot earlier this year, Drake expressed grief on the social media platform by posting a story in his honour.

Sidhu was shot dead by assailants in Jawaharke village of Punjab’s Mansa district on May 29. The incident took place a day after his security was withdrawn by the Punjab Police among 424 others.

Notably, the singer had joined the Congress party last year in December ahead of the Assembly elections.

Canada-based gangster Goldy Brar had claimed responsibility for Moose Wala’s murder in a Facebook post. Goldy Brar is a close aide of gang leader Lawrence Bishnoi, who is the chief suspect in the Punjabi rapper’s murder.

On July 20, two killers of Moose Wala were gunned down after a heavy exchange of fire with Punjab Police near Amritsar. The killed gangsters were identified as Jagroop Singh Roopa and Manpreet Singh from whom an AK47 and pistol were recovered after the encounter.