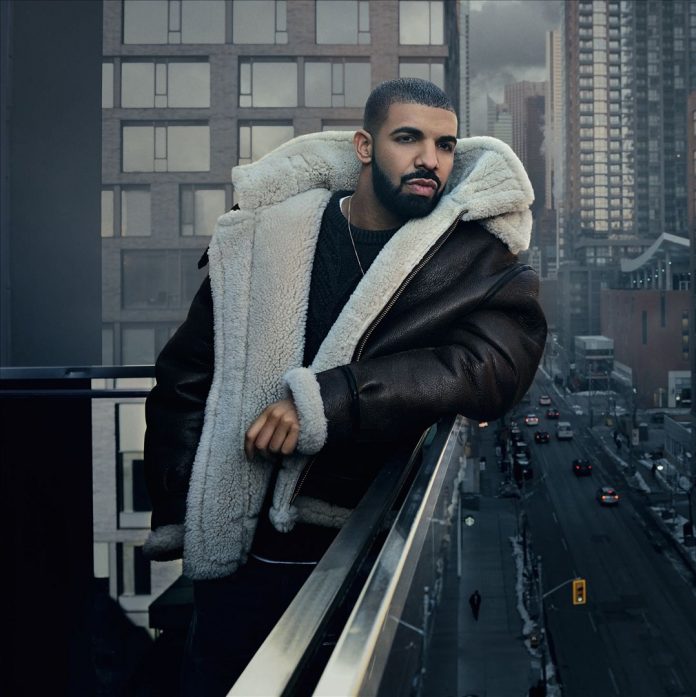 Drake has excited his fans once again by sharing the twelve minute music video to ‘Childs Play’. The track ‘Child’s Play’ has been known as the track from Drake’s fourth studio album ‘Views’ as the one track that refers to the Cheesecake Factory – allowing Drake to capitalise on that and create a unique music video in relation to the lyrics.

The video starts with Drake in the bathroom of the Cheesecake Factory, and whilst he is there – he realises he has left his phone with his girlfriend. His girlfriend (played by Tyra Banks) goes through his phone and finds he has been seeing another girl.  He returns to the table and she starts to argue with him, embarrassing him in front of other guests in the restaurant. She continues to argue and gets very angry with him, before smashing cheesecake in his face and pouring her glass of wine on him.

He starts to sing about how much of an awkward position he was in when Drake and his girlfriend were arguing.

“Why you gotta fight with me at Cheesecake
You know I love to go there
Say I’m actin’ lightskin, I can’t take you nowhere
This a place for families that drive Camrys and go to Disney
They don’t need to know all of our business”

The music video then moves onto the strip club, where Drake’s pal O.B. O’Brien plays the manager. O.B O’Brien has featured in Drake’s music videos before such as ‘HYFR’, ‘Worst Behaviour’ and ‘Started from the Bottom’.

Drake has been the centre of attention recently in regards to publicly confessing his love for rumoured girlfriend and pop-star Rihanna at the MTV Video Music Awards 2016. The two were then seen later that night getting very close at the VMAs after party.

We hope lightning doesn’t strike twice and Rihanna smashes cake in Drakes face as well as pour red wine on him!

Check out the music video below and stay tuned to BritAsiaTV for more updates!