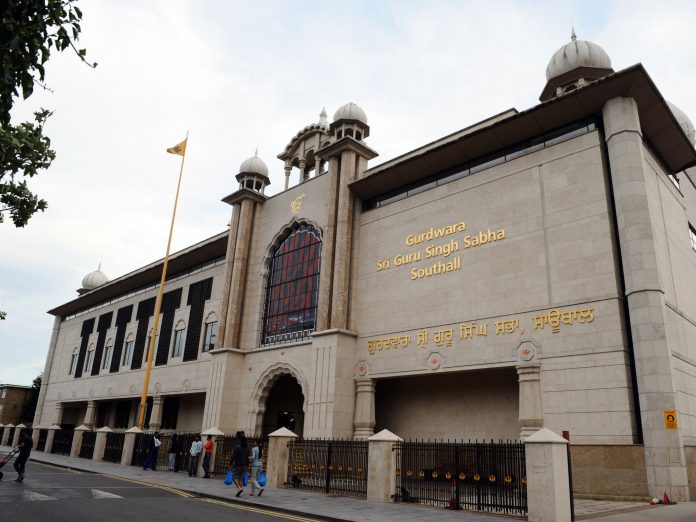 Ealing Council has announced that a road in Southall will be renamed Guru Nanak Road after a successful consultation process.

The part of the road to be renamed interlinks King Street and Merrick Road and includes the location of the Gurdwara Sri Guru Singh Sabha in Southall.

Authorities concerned carried out consultations directly with residents and businesses which will be directly impacted by the move, including the Royal Mail. The decision was taken in accordance with the Street Naming Protocol.

The procedure states that such decisions should ‘respect and balance cultural and historical identities, sensitivities and heritage’.

The name change will come into effect early in 2021 and the council will be writing to households, businesses and organisations impacted in advance of the change.

Edward Anderson, who work on the politics and history of India/Britain, migration & diasporas tweeted the news and shared pictures: “Havelock Road in Southall – London’s ‘Little India’ – is finally to be renamed Guru Nanak Road. This is a big deal. Havelock Rd was named after the colonial British general who fought in the Sikh wars & later suppressed the 1857 Uprising. It is home to London’s largest gurudwara [sic].”

Here is @EalingCouncil's official announcement (which avoids mentioning anything about why it was called Havelock in the first place!) Great news. Congrats to @VirendraSharma @juliangbell and all others involved in campaigning for & effecting this change. https://t.co/bRQTukBNug

Councillor Kamaljit Dhindsa, cabinet member for business and community services said, “I welcome this change. Ealing’s diversity is our strength and we have to make sure that the places we live reflect that diversity through our street names and buildings.”

“It will look at education, employment, crime and justice, health and housing, among others. The decision to rename one of Ealing’s roads reflects the importance of celebrating the borough’s diversity and is a timely celebration of Guru Nanak’s birthday on 30 November.”