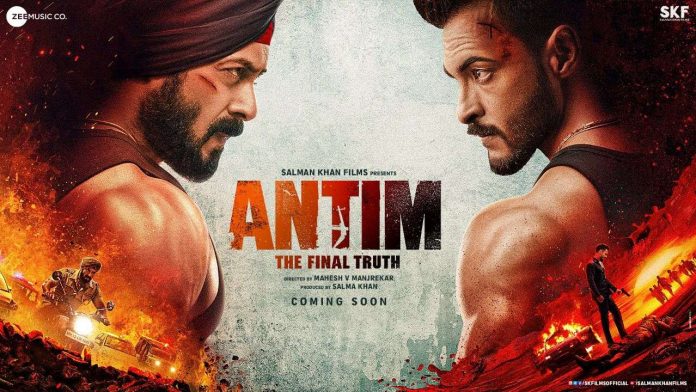 Following an overwhelming response to the trailer, the makers of Antim: The Final Truth, will release the film internationally one day ahead of India.

The action thriller, originally set for release on 26 November, will now reach international audiences on 25 November later this month.

During a screening event in Mumbai, lead actors Salman Khan and Aayush Sharma launched the trailer at a multiplex and met fans, whose response to the trailer was rapturous.

Headlining the cast, is Khan in a never-seen-before avatar as a Sikh officer, Rajveer Singh. The trailer reveals his character as ruthless law enforcer, unapologetically intent on weeding out the gangsters of his locale, who peppers his dialogue with pithy phrases.

Starring opposite Khan is Sharma as Rahuliya – a gangster but with nuances to his character, which engenders shifting likability and loyalty. Pitting the two against each other for the first time, the film will present an epic battle between right and wrong.

Watch the official trailer for Antim: The Final Truth here:

Produced by Salma Khan and directed by Mahesh Manjrekar, Antim: The Final Truth will be released theatrically by ZEE Studios on 25 November internationally and on 26 November in India.