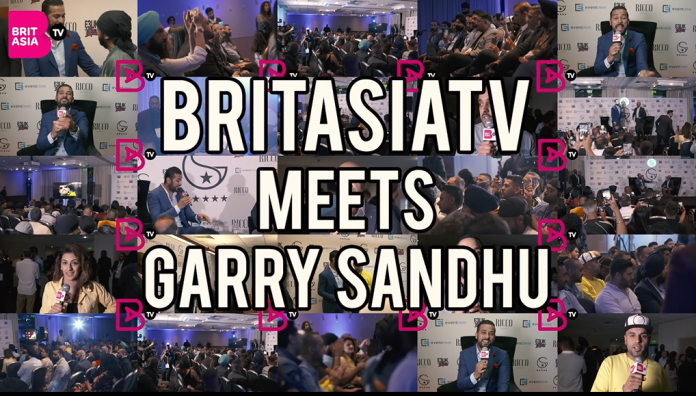 BritAsia TV caught up exclusively with Punjabi singer Garry Singer when he arrived in the UK after 8 years.

The ‘Yeah Baby’ singer began his career in Birmingham and became an overnight success with his debut release “Main Nee Peenda”. After that he became a chart busting success with hits such as “Fresh”, “Sahan Toh Piyarya”, “Tohar” and “Dil De De”, which cemented his position as one of the leading vocalists within the industry and won him the BritAsia TV Best Newcomer award and Best Male Act.

Unfortunately, in 2011 he was deported back to India which caused a huge shock amongst his fans in the UK. However, the move didn’t stop Garry, as he was determined to keep going and to release new music for his fans.

8 years later he has been allowed back in the UK, and is set to return with a bang! We caught up with the ‘Yeah Baby’ singer for a quick chat at the E3UK Live press conference, where he will be performing at Arena Birmingham in November.

From the singer’s non stop smiling, you can tell he was happy to be back home and doing what he does best. With his nerves settled after a few performances, he was in full Garry Sandhu mode and put on a smashing acoustic set.

The ‘Illegal Weapon’ singer told is it feels good to be back, even though he thought he’d never be back so soon. He hopes to bring the UK scene back together and get it back to what it used to be.

We’re sure Garry has a lot in store for his UK fans, and we can’t wait to see more of him!