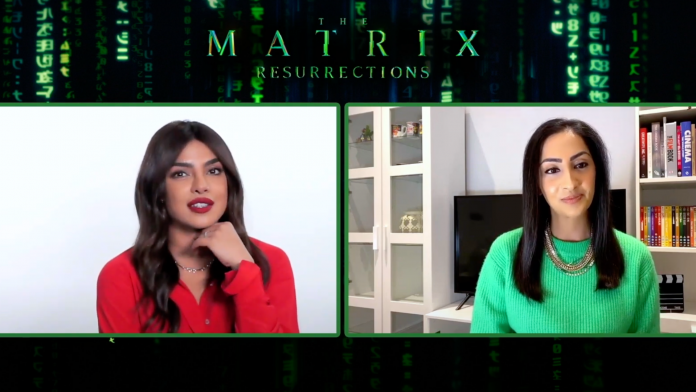 Priyanka Chopra discusses what it means to play Sati as part of the wider Matrix legacy, her earliest memories of the original 90’s Sci-Fi/Action and her quest to diversify output in mainstream Hollywood.

Chopra plays adult Sati, a young woman with a wisdom beyond her years and an astute ability to see the truth.

From visionary filmmaker Lana Wachowski comes The Matrix Resurrections, the long-awaited next chapter in the groundbreaking franchise that redefined a genre.

The new film reunites original stars Keanu Reeves and Carrie-Anne Moss in the iconic roles they made famous, Neo and Trinity.

The Matrix Resurrections is in cinemas from 22 December, 2021.