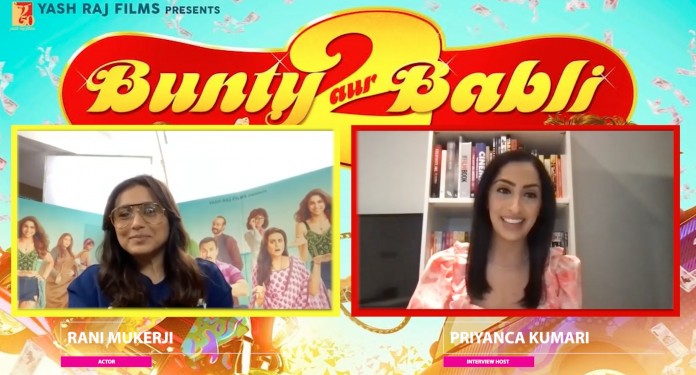 BritAsia TV spoke exclusively to Rani Mukerji about reprising her role as Vimmi in Bunty Aur Babli 2 after 16 years.

Rani Mukerji is back in this comedy classic alongside Saif Ali Khan, who star opposite Siddhant Chaturvedi and Sharvari, to prove which pair of con artists, from different generations can better outwit their victims. Can the pros keep up with the cons?

In this exclusive interview, Rani Mukerji talks about about reprising her role as Vimmi after 16 years alongside her accomplice Rakesh (Saif Ali Khan) for Bunty Aur Babli 2, which also marks the star’s 25 years in Bollywood. Hear from Rani as she shares insights about working with newcomers on set, reuniting with a favourite on-screen costar and how representing strong Indian women in her roles became an “important aspect” in her career.