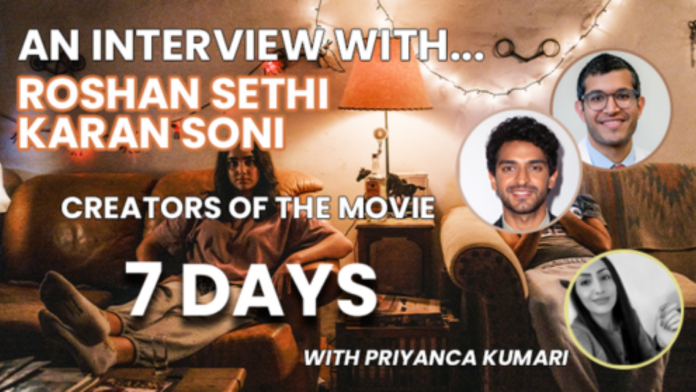 After an awkward first date arranged by their traditional Indian parents, Rita (Geraldine Viswanathan) and Ravi (Soni) are forced to quarantine together, in this romantic comedy set during the COVID-19 pandemic. Time turns what was an unlikely match at first, into an enlightening tale of how two divergent personalities can still establish a bond.

The film marks Sethi’s (TV’s The Resident) directorial feature debut and in the interview, the pair discuss their inspiration behind the story, the challenges of filming during lockdown and manage to find the levity in arranged marriages among South Asians.

7 Days premiered at the BFI London Film Festival in October, 2021 and will be available soon in the UK.