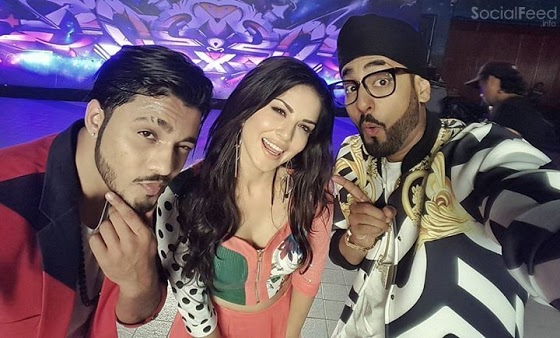 Bollywood actress Sunny Leone in set to make a very special cameo appearance in a music video. The brand new track is by power couple Manj Musik and Nindy Kaur!

Sunny Leone has been a massive success in Bollywood since her debut in 2012 by featuring in films such as: ‘Ragini MMS 2’, ‘Kuch Kuch Locha Hai, ‘Mastizaade’ and most recently ‘One Night Stand’. Her biggest success as a Bollywood star is her feature in the song ‘Baby Doll’ from the movie ‘Ragini MMS 2’.  Vocals provided by Kanika Kapoor and music produced by Meet Bros – with the official music video accumulating over 85 million views on YouTube and taking the world by storm. The song received mostly positive reviews and received several notable accolades and awards.

Manj Musik on the other hand has had a very successful career in Bhangra since starting out with his brothers. He had an integral role in creating hits such as: “Aaja Mahi”, “Sadi Gali”, “Singh Is King” and many more. He has also introduced artists such as Raftaar and his wife Nindy Kaur onto the Bhangra scene. The success Manj had in Bhangra allowed him to create tracks for various Bollywood superstars.

The newest song between Manj Musik and Nindy Kaur is entitled ‘Margaye’ and also features rapper Raftaar, a close associate of Manj and Nindy’s. Manj was on hand to share photos of an exclusive shoot between himself, Raftaar and Sunny – with the video shoot spanning over two days.