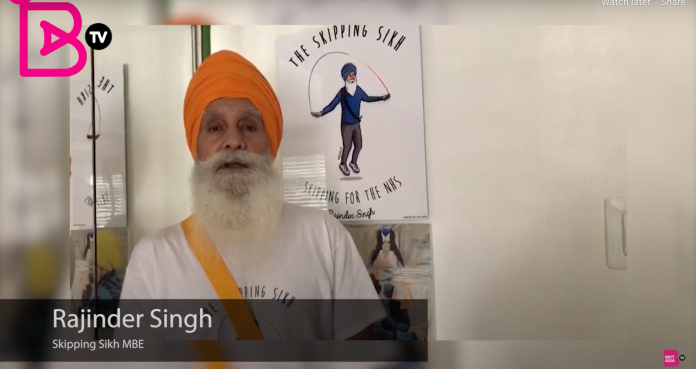 Key figures from the Punjabi community in the UK and globally have rallied online in a virtual video to demonstrate their support for farmers and raise awareness about the ongoing protests taking place in North India.

The farmers’ protests in Dehli has garnered much attention on a global scale — with the Punjabi community in the UK employing their faculties to raise more awareness about the police’ handling of the protests.

Since 26 November, farmers from Punjab and Haryana have been imploring the national capital in protest against recently passed Farm Bills. The bills lay the framework for allowing farmers to sell produce directly to corporates, argues the Centre.

The Farmers’ Produce Trade and Commerce (Promotion and Facilitation) Bill, 2020: This Bill allows the farmers to sell their produce outside the Agricultural Produce Market Committee (APMC) regulated markets. The APMCs are government-controlled marketing yards or mandis.

The Farmers (Empowerment and Protection) Agreement on Price Assurance and Farm Services Bill, 2020: This Bill makes provisions for the setting up of a framework for contract farming. The farmer and an ordained buyer can strike a deal before the production happens.

Unions, however want to repeal the laws, which they say are anti-farmer and pro-corporate interests. Farming is one of the biggest employers in India, with more than 40% of the population working in agriculture.

The farmers’ cause has garnered support from across the world, including cricketer Monty Panesar and Tanmanjeet Singh Dhesi, the UK MP for Slough, who tweeted: “I stand with farmers of the Punjab and other parts of India, including our family and friends, who are peacefully protesting against the encroaching privatisation of Farmers Bill 2020.”

In a video created to heighten the awareness, leading figures and recognisable faces from the Punjabi community across the UK have assembled virtually to spread their support.

You can watch the video here:

Today, Asian News International shared an update from the meeting held in the nation’s capital today.

They reported: “MSP (Minimum Support Price) will not be touched, no changes will be made to it: Agriculture Minister Narendra Singh Tomar replies to farmer leaders during their meeting at Vigyan Bhavan in Delhi (File photo).”

MSP (Minimum Support Price) will not be touched, no changes will be made to it: Agriculture Minister Narendra Singh Tomar replies to farmer leaders during their meeting at Vigyan Bhavan in Delhi

The most recent news comes from Time of India who reported the government will consider ensuring a “level-playing field for APMC mandis and private mandis that will come up under new laws.”

Tomar concluded today’s session by saying the government is open for “widening scope and jurisdiction of dispute resolution beyond SDM level.”

The next meeting has been scheduled for 5 December.