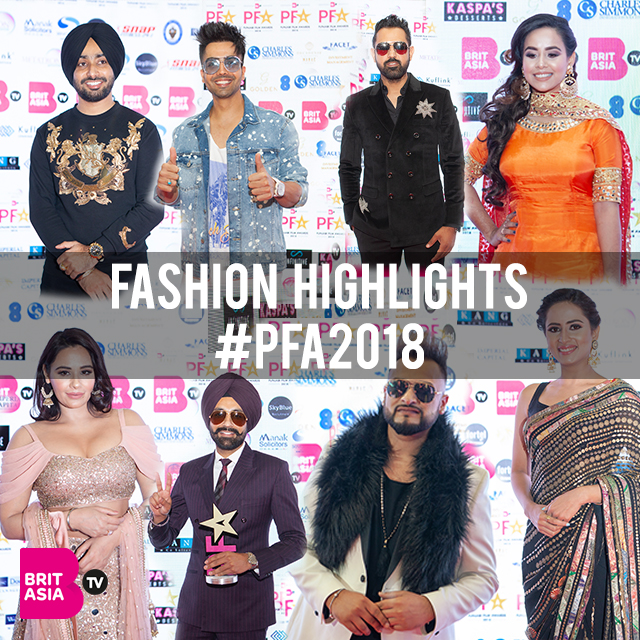 The stars were out in full force at the UK’s first ever Punjabi Film Awards that took place in Birmingham on 12th May 2018.

The prestigious ceremony was filled with glamorous stars from Punjab, and they meant business when it came to their outfits for the night. Sargun Mehta, Sunanda Sharma and Mandy Takhar were dressed in their finest traditional clothes, showing off their Punjabi roots.

Not only were the girls dressed in their finest clothing, but the male stars were just as ready to show off their looks in dashing suits. Punjabi actors such as Tarsem Jassar, Satinder Sartaaj and Gippy Grewal were turning heads with their dapper outfits, and fans couldn’t get enough of them.

Take a look at all the fashion highlights from the Punjabi Film Awards 2018.

Lahoriye actress and winner of ‘Best Female’, Sargun Mehta opted for a black traditional sari that had beautiful gold embellishments all over it. She oozed luxury and did not disappoint her fans with this look.

Hair and Make Up was done by Ele Grover.

Hair and Make Up was done by Sharon Kaur / Saath Beauty

One of the performers of the night, Sunanda Sharma, was in the UK for the first time and she sure made her mark. She was dressed in a beautiful traditional orange suit, completed by large gold earrings.

Make up by Ayesha Arshad

Hair and Make Up by Sharon Kaur / Saath Beauty

The Punjabi actor flew in straight from Punjab and straight to the PFA red carpet. Gippy Grewal looked dapper in a double-breasted velour jacket with gold detailing, that was perfect for the PFA’s.

The Sufi maestro, Satinder Sartaaj, went for a casual approach but still turned the heads of many and had fans flocking to him as soon as he stepped into the arena. He styled his black jeans with a black jumper that had a golden pattern on it, keeping his regal look in check.

The star of Sardar Mohammad, Tarsem Jassar, was another star dressed to impress on the night. He rocked a burgundy pinstripe suit and completed the look with some cool shades.

Another performer on the night, Harrdy Sandhu, kept it cool and casual in his denim on denim ensable, which had his female fans going crazy.

‘Hostel’ singer and another performer on the night, Sharry Mann, arrived on the red carpet in a navy suit, looking exactly like a gentleman and then later changed into traditional for his performance.

British Asian star Gurj Sidhu pulled out all the stops and wore a white jacket, covered with black fur and completed the look with black shades.

One of the funniest actors from Punjab, Gurpreet Ghuggi, landed in the UK especially for the PFA’s, and again was one of the best dressed males on the night, wearing a burgundy waistcoat under his black suit.