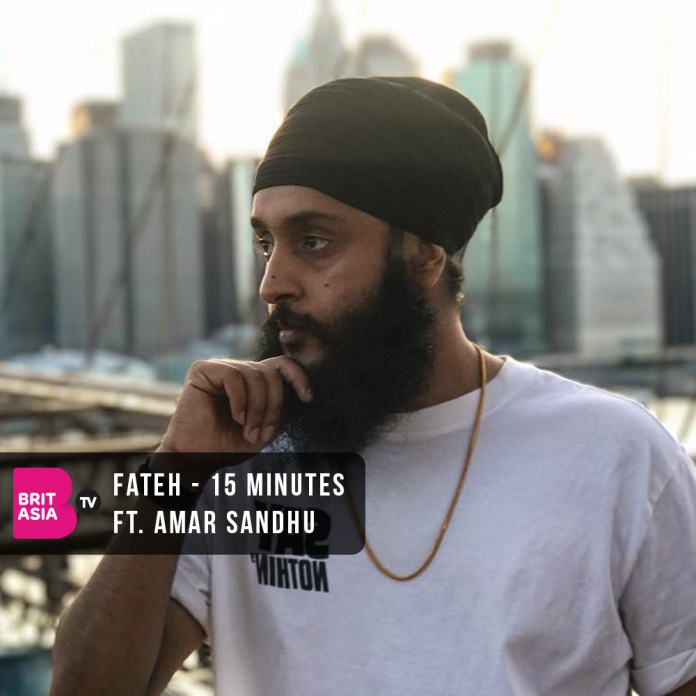 The track is off Fateh’s debut album ‘Bring It Home’, which was released last year. The Punjabi rapper was discovered by music producing legend Dr Zeus, and he is now releasing tracks that are combining western and desi music together.

This is a feel-good track and the catchy lyrics will have you singing along to it.

The cool music video was directed by Deep Singh, and the song was produced by Mantra.

Check out the music video for 15 Minutes by Fateh featuring Amar Sandhu below.