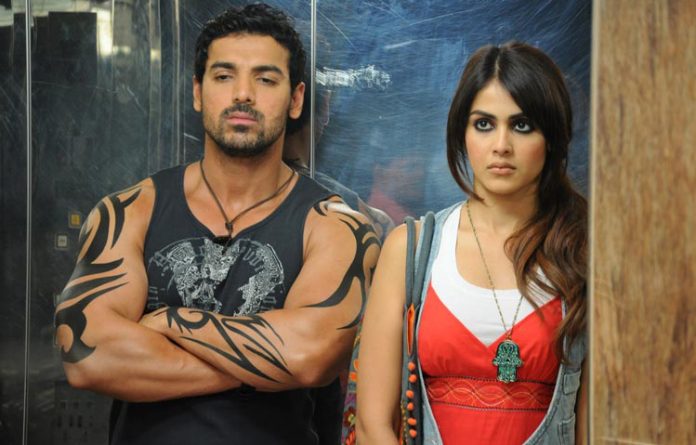 The trailer to the upcoming Indian action-thriller movie Force 2 is scheduled for a worldwide release on 18th November 2016!

The movie stars features John Abraham and Sonakshi Sinha in lead roles for the sequel to the 2011 hit Force.

The sequel stars Sonakshi as a brand new character in the film, portraying a ‘Raw Agent’ – a role in the film which excited Sonakshi. “My character is well etched out. She’s a strong lady, an alpha in herself. She’s a woman in a man’s world, matching step for step. She’s at the forefront. At the narration, it felt like a two-hero film where the man and the woman were working towards the same cause together, and at par with each other. My nod was almost instant. It’s balanced in that sense… John and I are equals in the film”.

After the success of the first film, it is no surprise that a sequel has been announced.
Force 2 is dedicated to the unsung heroes and the story is a combat between terrorists and RAW agents. Sleek action, gritty storyline and power-packed action makes this trailer a must watch.

Check out the trailer and stay tuned for more Bollywood news.