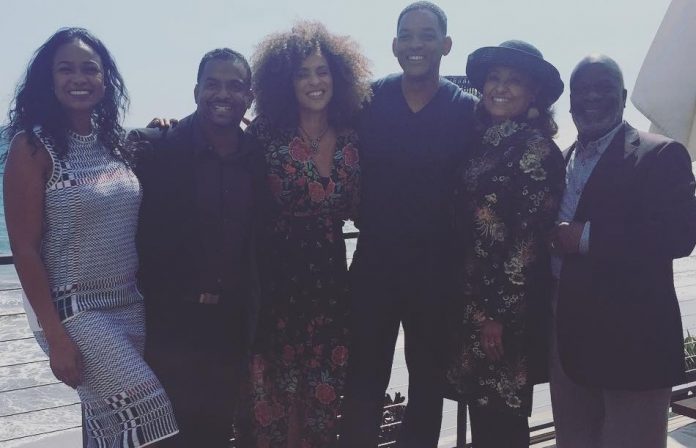 It’s been almost 21 years since we watched the final episode of The Fresh Prince and we still can’t get enough of the sitcom. On Monday night Ribeiro (who plays Carlton) uploaded this photograph onto his Instagram account.

Always amazing to spend an afternoon with my Fresh Prince family. Wishing that James Avery was still with us to make this complete.

Will Smith also uploaded a photo on facebook with the gang, captioned “Lunch with my BFF’s…I missed my Uncle Phil today”.

Uncle Phil passed away in 2013 at the age of 68 due to complications during open-heart surgery. Will Smith said after his death that “Every young man needs an Uncle Phil”, Alfonso also tweeted that he saw James as a second father.

However don’t get your hopes up for a reunion as Will Smith said “I don’t think ever, like pretty close to when hell freezes over, Like, we’re going to leave that one alone.”

Would you like to see a reunion? Let us know your thoughts. #BritAsiaTV