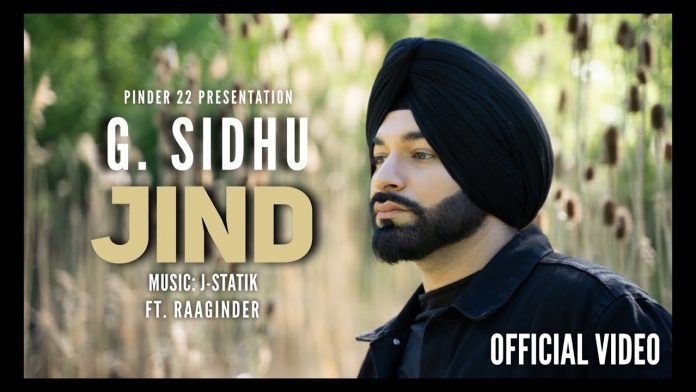 G Sidhu has released his latest Punjabi song, ‘Jind’, with music composed by J-Statik and presented by Pinder 22. The video was produced by HurrrFilms & Mon5tagraphy, with the song produced by Musik Therapy. The feature instrument was violin, which was played by Raaginder.

G Sidhu took to his Instagram to share a snippet of the song, with it being the first time that he has released a sad song:

Be sure to check out our Instagram live with G Sidhu this Friday at 6pm (GMT) where we’ll be talking about his new single, upcoming album with Diljit Dosanjh, and how he’s been spending time in lockdown!

In the meantime, check out the Official Music Video for Jind, now streaming on all platforms: