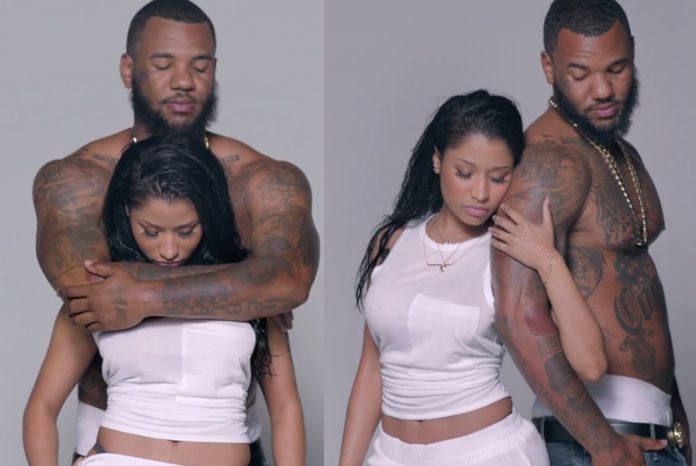 Last week a track by Remy Ma emerged in which she calls out Nicki Minaj. ShETHER is a blatant diss track about Minaj; it brings up her brother’s legal problems, her alleged plastic surgery and her rumoured use of a ghost-writer. ShETHER gained a lot of popularity, particularly on social media in the form of memes that mocked Nicki and praised Remy. One of these memes was liked by Meek Mill and this caused a commotion that even The Game spoke out on.

The Game made a lengthy Instagram post with screenshots and text that called out Meek Mill for making fun of the woman who supposedly gave him ‘everything’. His post alleged that Nicki gave him his fame, a similar view shared by Drake who infamously referred to Meek in the lyric ‘Is that a world tour or your girl’s tour?’

In the post The Game also hints that Meek Mill was responsible for burgling Nicki Minaj’s house during which $200,000 worth of jewellery and assets were stolen. He wrote: “Instead of being a REAL N**** & leaving the situation with ya head up standing tall, you in ya feelings so you get her house robbed & do f*** n**** s*** fronting for the followers she gave you.” With so many rappers getting involved in this feud it is definitely escalating into something way bigger than a break up drama.

What do you think of this ongoing drama? Let us know your thoughts. #BritAsiaTV

Health Priyanca Kumari - 29th November 2020
0
The UK government has now secured 7 million doses of Moderna vaccine, which will be available in Europe as early as spring 2021. Trials show...