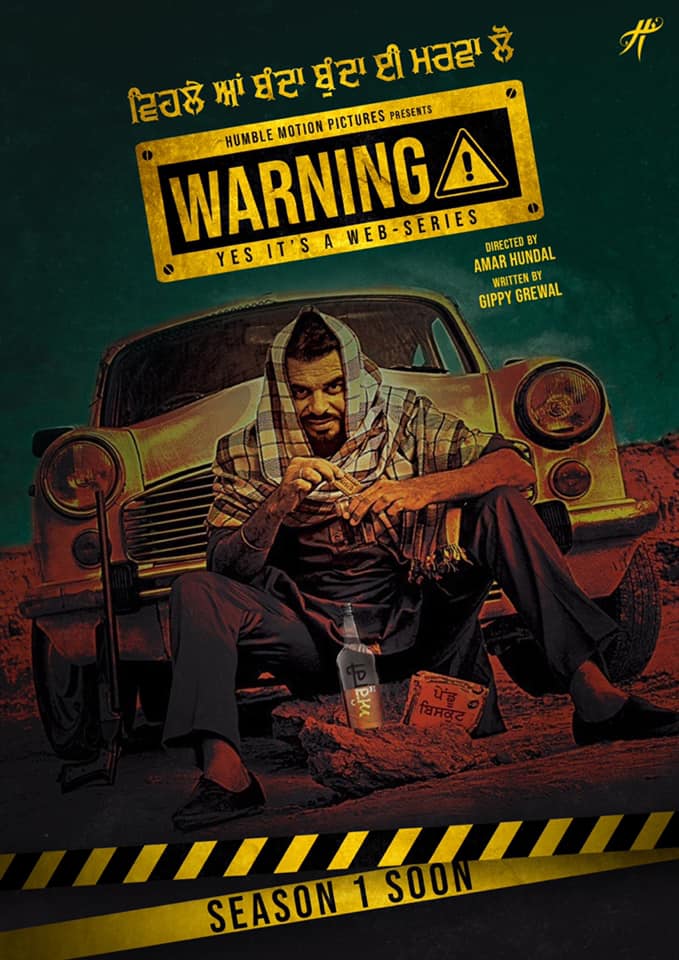 Punjabi singer and actor Gippy Grewal is set to enter the digital space with a brand-new web series.

Over the years, the entertainment industry has been rapidly growing and other outlets such as Netflix and Amazon Prime have increasingly grown with popularity.

Now, Gippy Grewal is set to capitalise on this venture and will be launching his own web series. He took to his Instagram account to share the exciting news.

The series has been titled ‘Warning’ and has been written by Gippy Grewal himself, while Amar Hundal will be directing it.

No other update has been shared since, but it seems like an excting new project from the multi award winning actor!