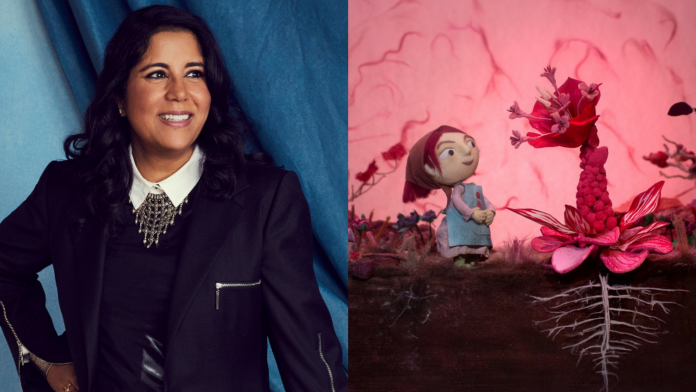 Nisha Ganatra, a Golden Globe winner and an Emmy nominee for her work as a director/producer on Transparent, has topped the list of ad directors – ranked by the advertising industry festival Cannes Lions.

She is among seven other female directors out of 10 on the list this year — the highest in the festival’s history.

The rankings, which are based on performance at this year’s Cannes Lions Festival for the 2020/2021 period, were released Friday (17 Sep) as part of The Lions Creativity Report. The report, described as “the official global rankings and benchmark for creative excellence,” is being released during Lions Decoded – the festival’s first members-only event, confirms Variety.

In addition to her work on Transparent, Ganatra directed Liz Sarnoff’s pilot Highland, and sold a drama project to ABC and a comedy pilot to NBC with Amy Poehler producing. She was the co-executive producer/director for Better Things, with Pamela Adlon, and the co-executive producer/director on You Me Her. She also created Code Academy for the ITVS/PBS series Futurestates.

Taking to Twitter to share the news, she retweeted a link to the article published by Variety, alongside a comment about her disbelief at being crowned the top global director.

I still can't quite believe this is true! I am honored to share the title of #1 global director with @lgreen66 whose work is so outstanding and to be on the list with @melinamatsoukas – 7 women on the top 10 list this year – a first but not the last! https://t.co/56nnx6y4cM

#wombstories is described on Ganatra’s website as: “A short film that confronts the damaging etiquette of what people who menstruate should – and shouldn’t – feel about their bodies. The piece blends live-action and stop motion to unfold real stories of love and hate, of pleasure and pain.”

Recalling the moment when she received the brief from Hulley and Lossgott, Ganatra told Variety: “It was an incredibly compelling collection of thoughts and ideas and images, and we just connected over the need to tell these stories.”

She had just given birth to her child and was shocked at how little she and others knew about women’s bodies.

Speaking of the film’s approach to the issues covered – which include irregular periods, endometriosis, miscarriages and infertility – she said: “It felt important and beautiful and moving.”

On the film’s tone, she added: “I’m always trying to ride that line between comedy and drama because I think that’s the closest to life, so to bring comedic moments into this otherwise serious subject-matter was a great challenge.”

Ganatra is also an acclaimed movie director — her most recent movie was 2020’s The High Note for Working Title and Focus Features, starring Tracee Ellis Ross, Ice Cube and June Diane Raphael. Her previous film, Late Night, starring Emma Thompson and Mindy Kaling, premiered at Sundance, which sold to Amazon in a record-breaking deal and garnered the highest streaming numbers of the year.