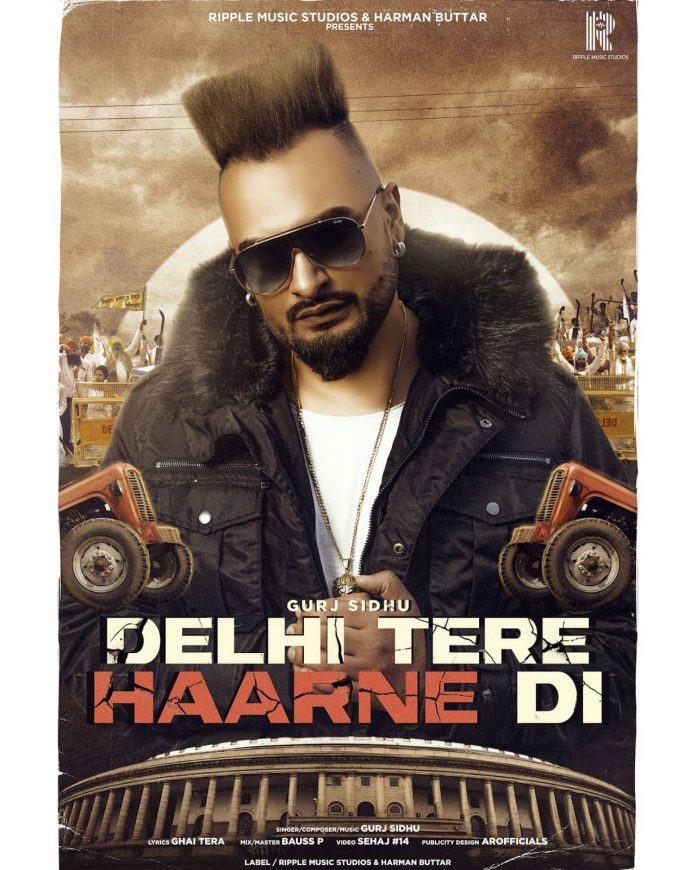 Gurj Sidhu has shared the cover for his latest Punjabi track Dehli Tere Haran Ne which is set to release later today.

The song is performed by Gurj Sidhu with lyrics by Ghaitera and released by Ripple Music Studios.

The song is in tribute to the ongoing farmers’ protests that have prevailed across northern parts of India in an effort to raise awareness about the contentious Farm Bills passed by the government.

Taking to social media, the Punjabi singer shared a self-recorded snippet of himself miming to the lyrics in his abode.

He has also shared the cover for the new single.

The official music video is available now by clicking here.