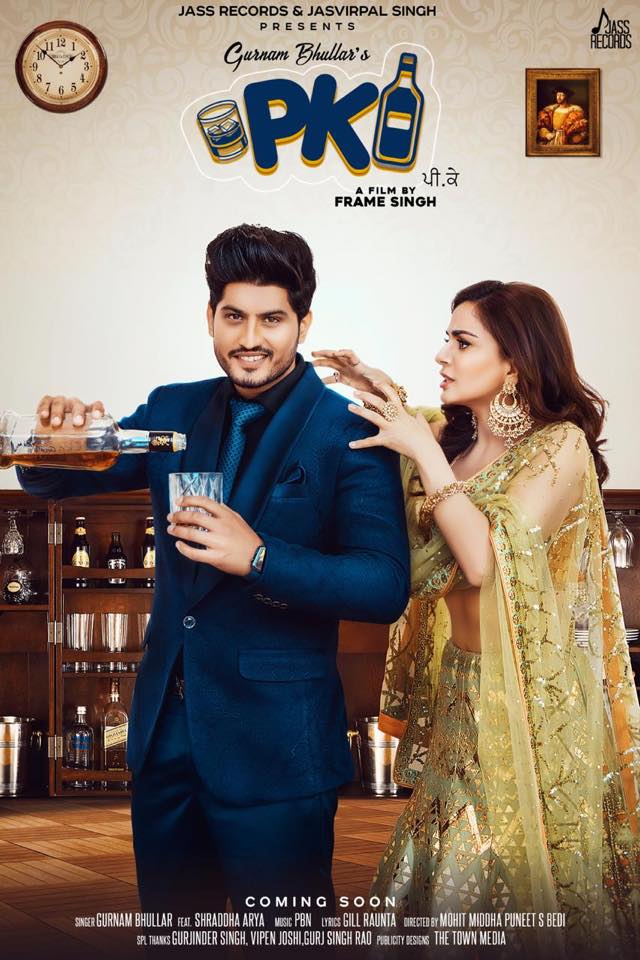 Punjabi singer Gurnam Bhullar is set to kick off 2019 with a brand-new track called ‘PK’.

After having a huge year in 2018 with hits such as ‘Diamond’, ‘Phone Maar Di’ and ‘Jatt Zimidar’, he is ready to start of the new year with a bang with his upcoming track.

He revealed the poster for ‘PK’ to his 1.2 million followers on Instagram:

The singer has teamed up with British Asian ‘PBN’, who has produced the music for the Bhangra track. From the poster, we can tell the track will be about how much Gurnam’s loves alcohol, and his love interest – actress Shraddha Arya is bored of his drinking.

There is no official release date for the track, but we can expect it very soon!

On the movie front, Gurnam is set to debut in Pollywood alongside Punjabi actress Sonam Bajwa in ‘Guddiyan Patole’. The flick is set to hit the big screen on 8th March.