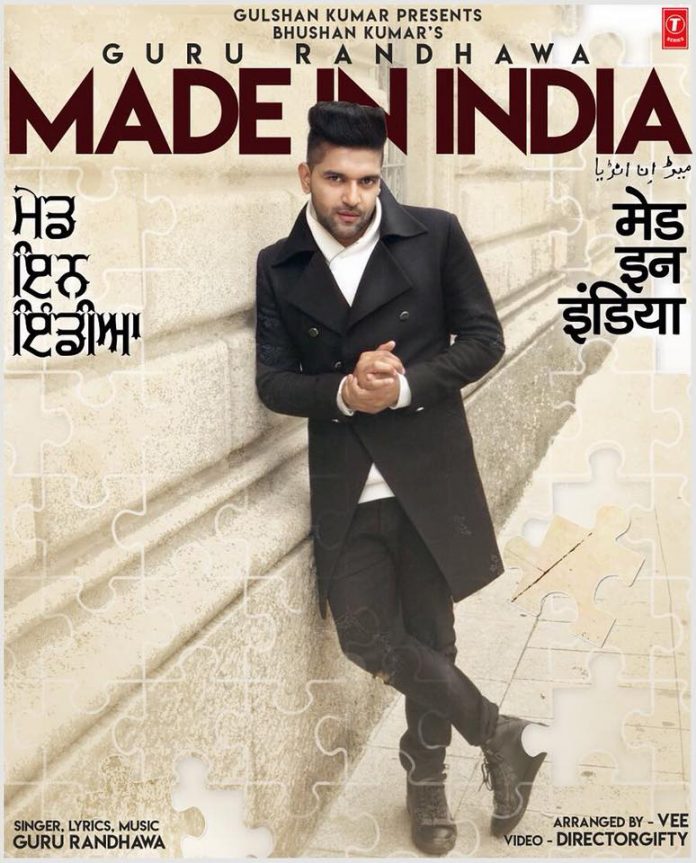 Punjabi singer Guru Randhawa is currently enjoying the success of his latest track ‘Raat Kamaal Hai’, which has gathered over 35 million views and now the singer is back with another one.

On his social media, Guru posted the picture for his upcoming single ‘Made in India’, which has been sung, written and composed by Guru, with the music produced by Vee Music.

Proudly sharing the First look of my next single “Made In India” 🇮🇳 Out this month on @tseries.official Stay Tuned 🔥❤️

Guru has been spotted in Milan, and has been taking to his Instagram to share his trip, which indicates that his latest song might have been filmed there.

The video has been directed by Director Gifty, who also directed Guru’s hit ‘Lahore’. There is no official release date for the song, but Guru has hinted that it will be released this month.