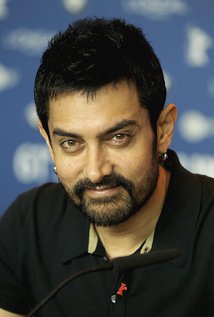 Aamir Khan turns 52 today and we’re counting down to all our favourite Aamir Khan films. Khan’s well thought out choice of movies has enabled him to become a prominent figure in Bollywood. Khan has spoken out about turning 52, “What is important is how you feel in your head. I think, if you feel happy about yourself and your life, then age doesn’t matter.” Khan is known for changing his looks for his movies, “As an actor, it is my responsibility to portray a character well. So, whatever I will do whatever is needed for that.”

Set in the Victorian times, Khans village is affected by the price of taxes. He faces an unusual situation as an officer challenges him to a game of cricket to change the price of taxes. The film won many awards and was the third Indian film to be nominated at the Academy Award for Best Foreign Language Film. It was Khans speech to the villagers that makes this film special.

Aamir Khan shows off his talents in this film as not only did he star in the movie but he was also the producer and director. The film focuses on an 8 year old boy with dyslexia who loves art and with the help of his new art teacher he is able to overcome the struggles he faces with the disability. 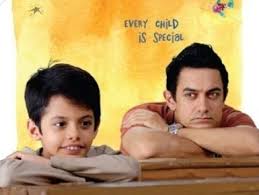 This Bollywood film has a very different plot line compared to the usual. Aamir Khan plays an alien who arrives on earth on a research mission and becomes friends with a television journalist. The film became one of the highest grossing Indian films of all time.

Which ones your favourite? Let us know your thoughts. #BritAsiaTV