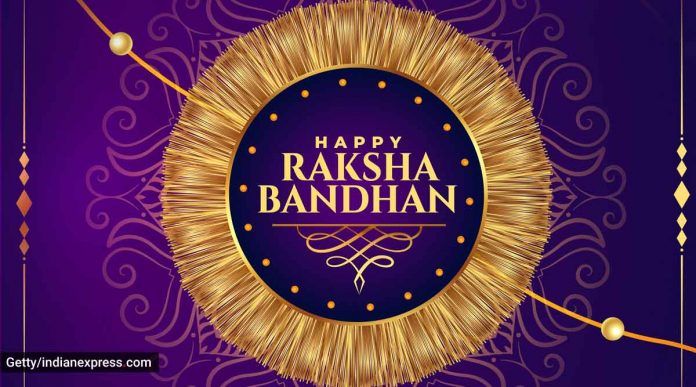 Rakhri or Raksha Bandhan is a festival typically celebrated by Hindu’s and Sikhs, which celebrates the relationship between brothers and sisters.

The festival is marked by the tying of a rakhi, or holy thread by the sister on the wrist of her brother. The brother in return offers a gift to his sister and vows to look after her as she presents sweets to her brother. The brother and sister traditionally feed one another sweets. It is not necessary that the rakhi be given only to a blood brother; any male can be “adopted” as a brother by tying a rakhi on the person, that is “blood brothers and sisters”, whether they are cousins or a good friend.