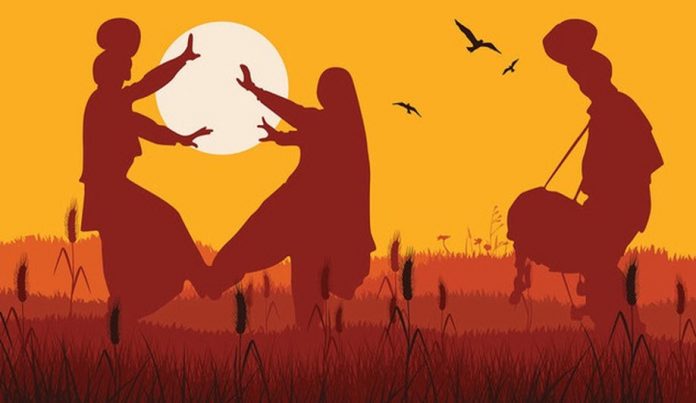 Vaisakhi, or Baisakhi is the Sikh New Year festival and one of the most important dates in the Sikh calendar.

Vaisakhi is an ancient Sikh harvest festival marking the beginning of a new year and new harvest season.

It is one of the most significant holidays in the Sikh calendar which is celebrated on 13 or 14 April.

For Sikhs, Vasakhi is a time dedicated to community spirit and for practising spiritual and religious integration.

As well as a visit to the Sikh temple (Gurdwara), celebrations are most notably held on streets or open spaces such as parks for mass assembly – known as a ‘mela’. This outdoor event will feature religious marches and processions called ‘nagar kirtans’ and scriptures are read aloud where chants are sung in the process.

Playground activity for children and families are also erected, together with a selection of stalls selling Punjabi food and musical performances are heard and played throughout the event.

History of the Festival

For centuries, Vaisakhi has been a harvest festival in Punjab – an area of northern India.

In 1699, Guru Gobind Singh chose the festival as the moment to establish the Khalsa – the collective name given to Sikhs who’ve been baptised.

It is believed, at the festival, Gobind Singh came out of a tent carrying a sword and said that any Sikh prepared to give his life for his faith should come into the tent.

Five men disappeared into the tent, and the Guru came out alone with blood on his sword, which worried the crowds — until the five men emerged from the tent unscathed and wearing turbans.

They became known as Panj Pyare or the ‘Beloved Five’ – and they were to be the first members of the Khalsa.

The Beloved Five were baptised by Gobind Singh who sprinkled them with ‘Amrit paani’ (holy water) and chanted prayers.

This ritual became the foundation of the Sikh baptism ceremony.

Punjabi farmers will also use Vaisakhi as an opportunity to give gratitude for a bountiful harvest and pray for another blessed year ahead.