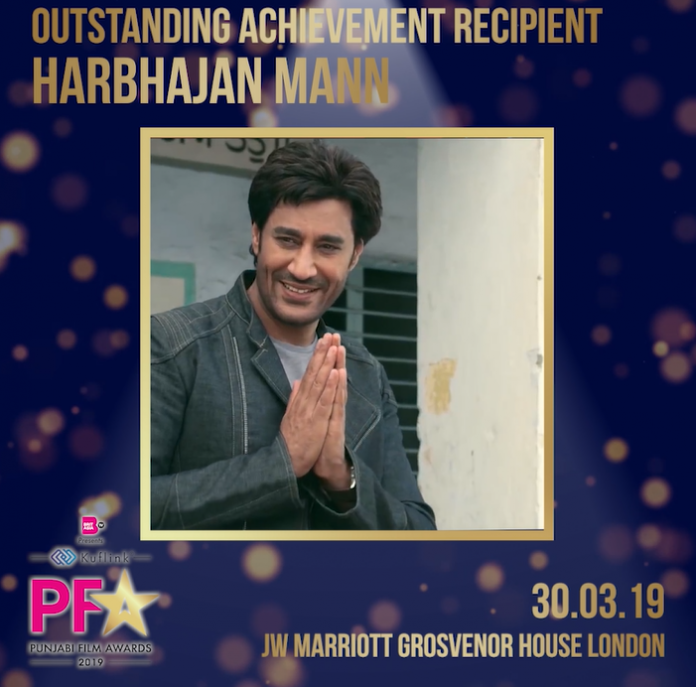 Iconic Punjabi singer/actor Harbhajan Mann will be honoured with the ‘Outstanding Achievement’ award at the Kuflink Punjabi Film Awards 2019.

Widely recognised as the man behind the rebirth of Punjabi cinema, Harbhajan Mann hit the big screen, debuting in the 2002 hit movie ‘Ji Aayan Nu’.

The film was a huge commercial success and set in motion the resurgence of the now thriving Punjabi film industry.

Maan most recently announced that he will be hitting the big screen one again in ‘PK’, which is set to release later this year.

In honour of the fantastic achievement he has made in the industry, we will be awarding the actor with the ‘Outstanding Achievement’ award.

The Punjabi Film Awards 2019 will take place at the Grosvenor House, JW Marriott Hotel in London on the 30th March 2019, to celebrate and honour the brilliance of the Punjabi Film Industry.