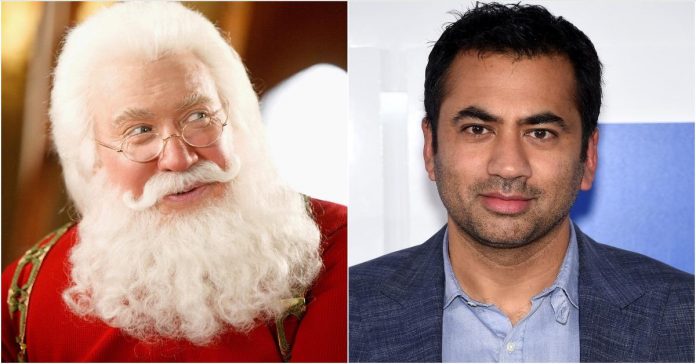 Kal Penn has been cast as a lead opposite Tim Allen in the Disney+ limited series of The Santa Clause.

The series, which was announced in January earlier this year will see Allen reprise his role as Santa Claus/Scott Calvin and Elizabeth Mitchell as Scott’s wife, Carol Calvin/Mrs. Clause. While Penn joins the cast as newcomer Simon Choksi — an ambitious game inventor and product developer, and a devoted single father.

In a synopsis shared by Variety, the series centres on Scott Calvin’s ageing crisis as he approaches his 65th birthday, realising he can’t be Santa forever. His family must also take priority — especially his two children who have been raised in the North Pole. But, with great magic comes great responsibility and so he sets out in search of a replacement Santa as he prepares his family for a new adventure away from the Pole.

Meanwhile, Penn’s Simon can “talk the tech mogul talk but can’t walk the walk”, and his dreams of being the next tech tycoon seem out of reach. But all that changes after a visit to the North Pole…

It’s very exciting to be part of this magical @disneyplus Christmas series! (I mean who doesn’t love the iconic Santa Clause franchise?) Plus what a creative team, wow. Thank you!🎄 🎅🏽https://t.co/HJ3Sz34U73

Penn is best known for his starring role in the Harold & Kumar franchise, House, Designated Survivor and Sunnyside, which he co-created. He recently executive-produced and starred in Comedy Central’s film Hot Mess Holiday and starred in the CBS drama series Clarice.

While a release date for the Disney+ series is to be announced, The Santa Clause will begin production this March.