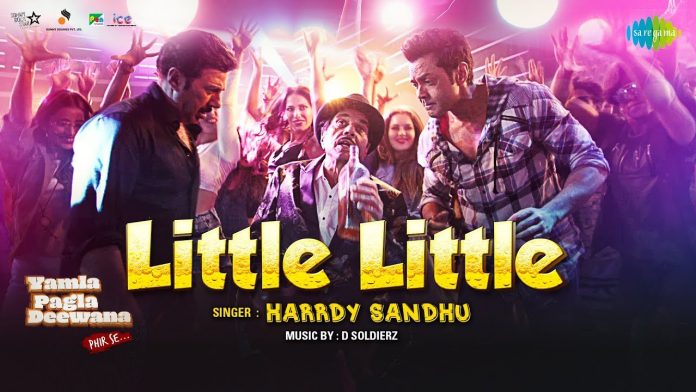 Punjabi singer Harrdy Sandhu has released a new hit track for Bollywood film ‘Yamla Pagla Deewana Phir Se’, ‘Little Little’. It is sure to be a hit club anthem with its party vibe.

The video and song are definitely capture this heady, intoxicating feeling with the three leads visiting a club where Harrdy can also be seen singing. The characters stumble around in drunken revelry, with the camera visual at points giving this same feeling to the audience through disorientating, spinning shots. The flashing lights and sparkling confetti just add to the party feel of the whole video.

Harrdy’s vocals, the fun rap segment and catchy, uplifting beat are perfect for this crazy comedy film! Watch the first party track for the film, while you wait for its release on 31st August!