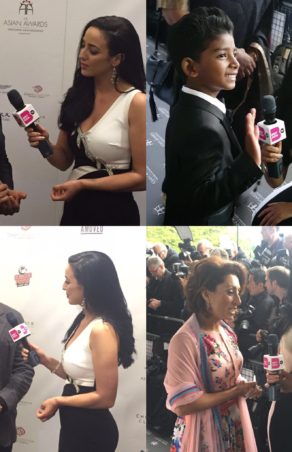 Last night, the 7th annual Asian Awards took place at the Park Lane Hilton, London. All the biggest names from the Asian community gathered together under one roof to celebrate the very best of Asian talent.

International cricketing icon Sachin Tendulkar and Hollywood child-star Sunny Pawar were among the list of winners at this year’s awards.

The ceremony itself was hosted by comedian and winner of the 2015 Outstanding Achievement in Television award, Sanjeev Bhaskar.

Entrepreneur Paul Sagoo, who founded the event in 2010, said; “The Asian Awards prides itself on honouring people who have achieved the highest levels in their craft, and I am delighted that this year we have honoured an array of talented and amazing people.”

He went on to say; “I am equally happy to see the mix of Pan-Asian winners in attendance and not just South Asian…All our awards went to deserving individuals that have contributed to the Asian community and continue to be an inspiration to all.”

BritAsia TV were streaming live on the night, bringing you exclusive interviews from the Red Carpet!

Tony Shergill, CEO of BritAsia TV, expressed his excitement to have been involved in the awards, saying; “We are proud to be associated with such a meaningful event. Their dedication to honouring the cream of the crop in Asian talent reflects our own commitment to the Asian community. It was an incredible evening to be a part of.”

Don’t worry if you missed our coverage, because you can watch the highlights here:

For those of you that missed it, The celeb-studded red carpet at the Asian Awards 2017

Don’t forget to check out our Facebook for pictures from the night! #BritAsiaTV #TheAsianAwards

Check out a full list of the winners below:

Business Leader of the Year

Philanthropist of the Year

Entrepreneur of the Year

Rising Star of the Year

Outstanding Contribution to the Community

Social Entrepreneur of the Year