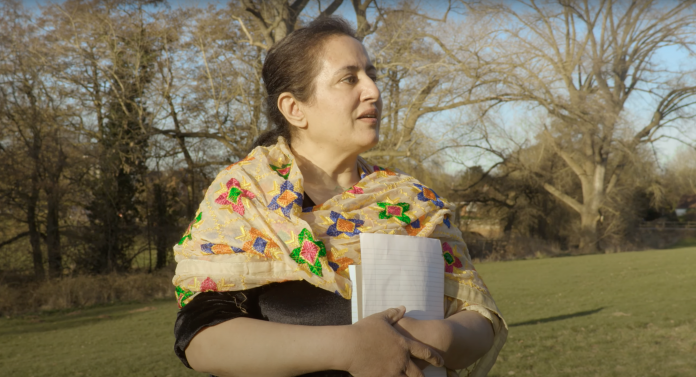 Renowned poet Hussain Manawer has shared his social media platforms to showcase the poetry of another budding poet, Goody.

For International Women’s Day, poet Hussain Manawer has shared his platform to showcase a new talent and highlight the stigma about having a girl in society.

Inspired by Hussain’s poetry as well as his work in mental health, debut poet Goody wrote a poem titled Arrival, which highlights and raises the awareness of sex/gender biases tradition.

Sadly, in many South Asian cultures the sexist ideological customs and traditions of preference for a boy over a girl are still prevalent, as boys are considered to be the heir of the family and its lineage.

Speaking about her poetry Goody said: “This is an amalgamation of thoughts from myself and many women who have had similar experiences, I sincerely hope it helps people.”

Goody was introduced to Hussain by her daughter, who wrote to the London based poet, telling him how his work had an impact on her mother, helping her with her mental health, which eventually gave her the courage to start writing poetry herself.

On Goody’s poem, Hussain Manawer said, “This is the most important piece of work I have been involved in to date, I am so proud of the women in my life, and in particular exceptionally proud of Goody, who is speaking volumes with her poetry, I just really hope we are the generation of change.”

Goody expressed her gratitude to her daughter for giving her the encouragement to write, “Women supporting women. Gender makes no difference to what you will achieve and do. Any child that comes along deserves the respect and love; they shouldn’t feel like a failure because of their gender. Without women, there wouldn’t be anyone.”