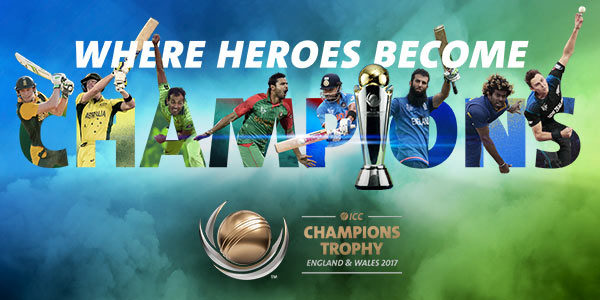 Pakistan and India are set to head to head against one another for a second time this tournament.  India won against Pakistan by 124 runs in the group stages and are set to battle it out again for a chance to win the ICC Champions Trophy.

Pakistan lost against India in the group stages of the tournament but managed to redeem themselves by beating South Africa, Sri Lanka and then England in the semi-finals by 8 wickets.

India won all four matches during this tournament against Pakistan, Sri Lanka, South Africa and then Bangladesh in the semi-finals by 9 wickets. Both India and Pakistan are known for their powerful cricket battles and since 2015 India have been consistent with beating Pakistan.

This Sunday we will see if India can stay consistent, or if Pakistan can make their comeback and gain the trophy for the first time…

The ICC Champions Trophy is an international cricket tournament which takes place every four years. The first tournament was held in 1998 and has been taking place since.

India claimed the title in 2013 for the second time after being declared co-champions with Sri-Lanka in 2002, however, Pakistan are yet to make their mark.