The Major Dhyan Chand Stadium lit-up after India became the very first nation in history to win the junior World Cup at home. India beat Belgium 2-1 to win their second title after a long 15 year wait. 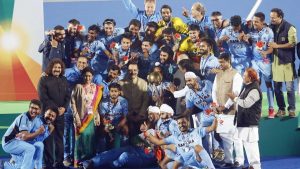 Harjeet Singh’s India team dominated Belgium. Gurjant Singh put the squad ahead within the opening minutes of the game to the jubilation of the mass audience in attendance. Simranjeet Singh kept the pressure on by securing a second goal before the half time whistle.

India beat Australia in a thrilling semi final match to get to the finals. 7000 fans were in attendance for the thrilling game. 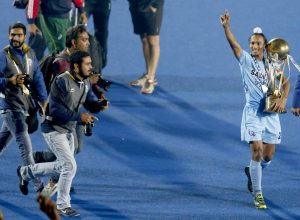 The Prime Minister of India Narendra Modi commented on Twitter stating “Extremely proud of our youngsters! Congratulations to our junior hockey team for winning the #JuniorHockeyWorldCup.”

A cold December evening played host to end India’s celebration after a long 15-year wait to claim back the world title. What do you think about India winning the World Cup? Let us know your thoughts #BritAsiaTV