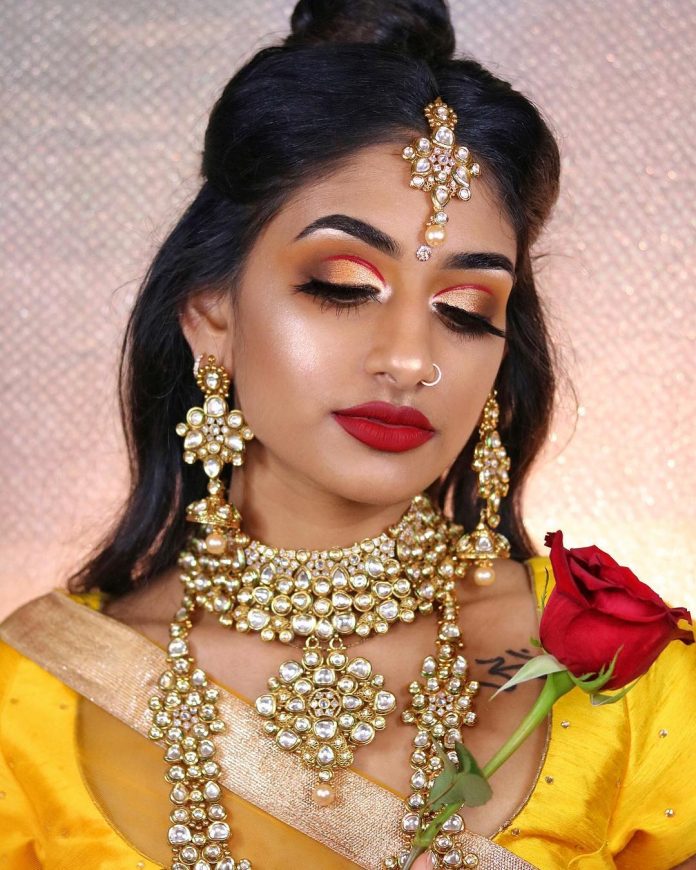 A makeup artist from North Carolina, has recreated Disney Princess make up looks to show what they would look like if they were Indian.

Hamel Patel, a model and MUA, has been recreating the Disney girls from Ariel to Belle in a traditional Indian style.

“Growing up I always wished there was a Disney Princess I could relate to, one that represented where I came from, she said on her Instagram.

Introducing outfits/makeup looks inspired by the eight original Disney Princesses we all grew up watching, with a little desi twist!”

All the princess looks she has recreated has her own traditional Indian outfit, bindi and jewellery.

Hamel keeps the original concept all the princesses for example, her Cinderella look. She used the beehive hairstyle with a blue headband, but gives it an Indian twist by wearing a blue sari instead of the extravagant gown. You can see the amount of thought and detail gone into the outfit, with all the added extras she includes in the look.

Check out some of Hamel’s Disney Princess looks below.