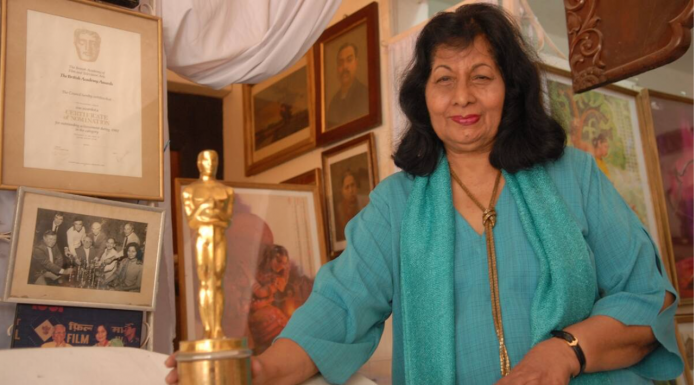 India’s first Oscar winner Bhanu Athaiya, who made history on 11 April 1983 by winning the Academy Award for Best Costume Design for Lord Richard Attenborough’s Gandhi, has passed away.

Her daughter, Radhika Gupta in a statement to PTI, said that the designer passed away peacefully in her sleep. The last rites took place at the Chandanwadi crematorium in South Mumbai on Thursday.

“She passed away early this morning. Eight years ago, she was diagnosed with a tumour in her brain. For the last three years, she was bedridden because one side (of her body) was paralysed,” her daughter added.

Bhanu Athaiya worked with filmmaking luminaries such as Ashutosh Gowariker for Oscar nominated film Lagaan. She designed costumes for films such as Pyaasa, Chaudvin Ka Chaand and others. The last film for which she designed costumes were Lagaan and Shah Rukh Khan’s Swades.

Renowned for her authentic costume design for Gandhi, Bhanu said in her memoir ‘The Art Of Costume Design’, that she was “the only Indian working on the project in which all the heads of the department like the director, scriptwriter, cameraman, production and set designer came from England.”

Her memoir profiles some of the “most challenging films she has worked on” which offers the reader insight into the work that goes into creating an authentic aesthetic to a film, whether a period piece or a more contemporary film. “Interspersed are anecdotes about her collaboration with all of Bollywood’s biggest stars and filmmakers,” says New Books Network. More on her memoir can be found here.

Bhanu was born in Kolhapur on 28 April, 1929. She graduated in fine arts from Sir JJ School of Art, Mumbai. She began her career as a costume designer in Hindi cinema with Guru Dutt’s 1956 superhit C.I.D.

After winning the Oscar for Best Costume Design for Gandhi along with John Mollo, she returned the award to the Academy of Motion Picture Arts and Sciences for safe keeping.