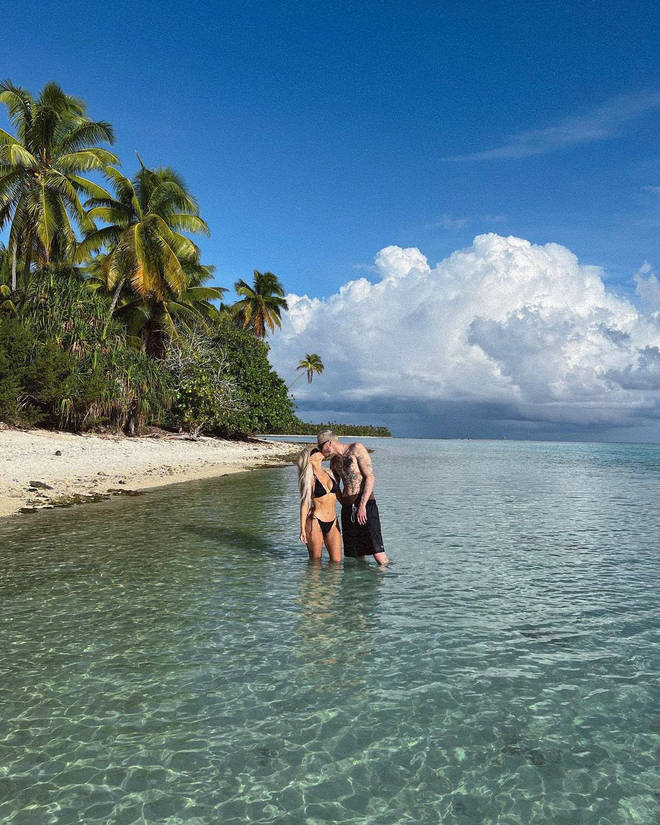 Kim Kardashian enjoyed a sun-soaked holiday in Tahiti with Pete Davidson before the couple found themselves at the centre of a hoax sighting Down Under.

The pair enjoyed a private beach getaway and went kayaking through crystal clear waters before the SNL funnyman, 28, hopped on a plane to Australia to film his new movie Wizards! in Far North Queensland.

While some speculated the holiday snaps were taken in Australia, it has since been confirmed that Kardashian, 41, hasn’t visited the country in years.

It comes after a café in Queensland was exposed for lying about Kardashian paying a visit earlier this week with Davidson.

Matt Black, the manager of Botanica Cafe Bar Kitchen in Edge Hill, Cairns, claimed to ABC Far North that the pair had dined at the eatery on Wednesday, sparking a media frenzy across Australia.

While the King of Staten Island star is in Australia filming Wizards!, his A-list girlfriend has not joined him. She is still in Los Angeles with her children.